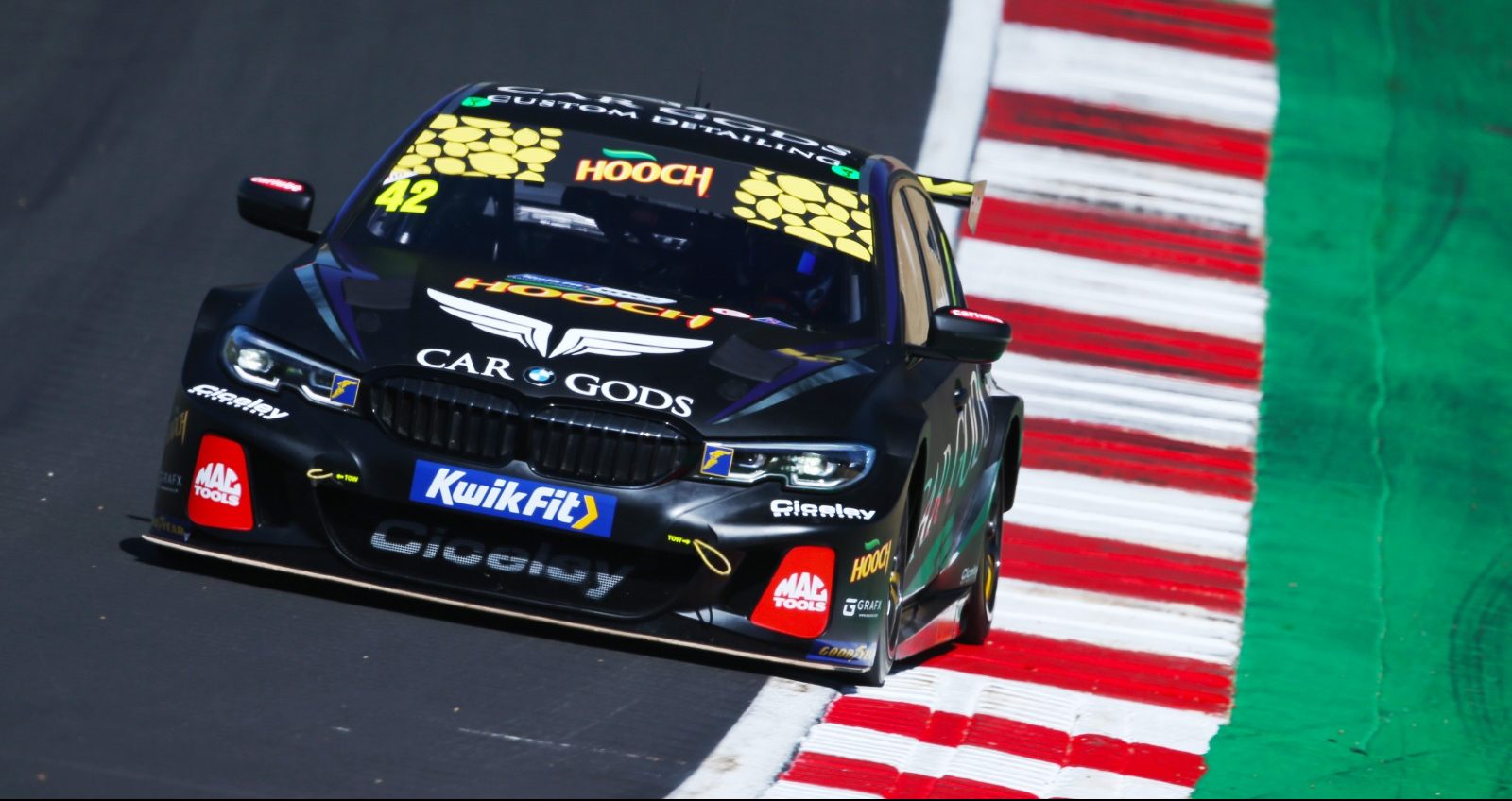 In the first qualifying session where competitors had limited hybrid power relating to their championship order, the driver pairing of Adam Morgan and George Gamble secured strong starting positions for Sunday’s opener, with Morgan lining up fourth while his rookie team-mate secured an impressive P7.

With rain falling as the cars headed out onto the grid, both drivers chose to play it safe for the initial contest, electing to run on Goodyear’s wet tyres. After a self-proclaimed ‘bad start’ to the race, Morgan fought his way back through the pack to take sixth at the flag.

Gamble meanwhile, ran as high as fifth in the opening lap, before dropping out of the top ten at mid-distance. The 25-year-old would conclude the race inside the point-paying positions, with 14th.

Upon leaving the garage for race two, a mechanical issue for the #33 BMW 330e M Sport would put paid to Morgan’s efforts earlier in the day, with the 33-year-old having to sit out of the 24-lap contest.

Firing off the line, despite the added pressure flying the Car Gods with Ciceley Motorsport flag solo, Gamble was into ninth by the end of his first tour of the 1.21-mile circuit. Battling with a number of rivals on his way to seventh by lap ten, the Nottingham racer would lose out to the Honda of Gordon Shedden and Hyundai of Dan Lloyd, crossing the line ninth.

In the final race, once again broadcast live on ITV, Gamble started fourth by virtue of the reverse-grid draw, while his team-mate had work to do from 28th and last on the grid.

The pair charged into battle, with Morgan picking off the traffic ahead to catch fellow BMW driver Stephen Jelley on the line missing 13th place by just six-hundredths of a second having overtaken an impressive 14 cars during the 27-lap race.

Gamble would lose a place initially to the fast-starting car of Jake Hill, before getting ahead of pole-sitter Tom Chilton. Battling with the gaggle of cars around him, Gamble concluded the day with seventh and an overall victory in the Jack Sears Trophy.

Leaving the Kent circuit, Morgan holds eighth in the Drivers’ battle, with Gamble ninth, while Car Gods with Ciceley Motorsport sits fourth in the Teams’ Standings. The Independents’ Championship has Gamble second and Morgan fourth, with Car Gods with Ciceley Motorsport now second in the Independent Teams’ title race. The Jack Sears Trophy is led by George after a trio of JST wins over the first six rounds of the campaign.

The next event on the Kwik Fit British Touring Car Championship calendar is due to be held at Thruxton, Hampshire, on 28/29 May, with qualifying on Saturday shown on itv.com/btcc and the race-day action live on ITV4.

“Race one was my first time in the wet,” added Gamble. “I made a good start but then got caught up in traffic which I couldn’t get through! It was a bit of a welcome to touring car racing I think, but the car felt good.”

“I made a good start again [in race three] and then the pace tailed off a bit, but some more rain came and that helped us find it again. In the end, though, the rear tyres seemed to drop away a bit which made it more difficult, but I gained places and it was all good experience.”