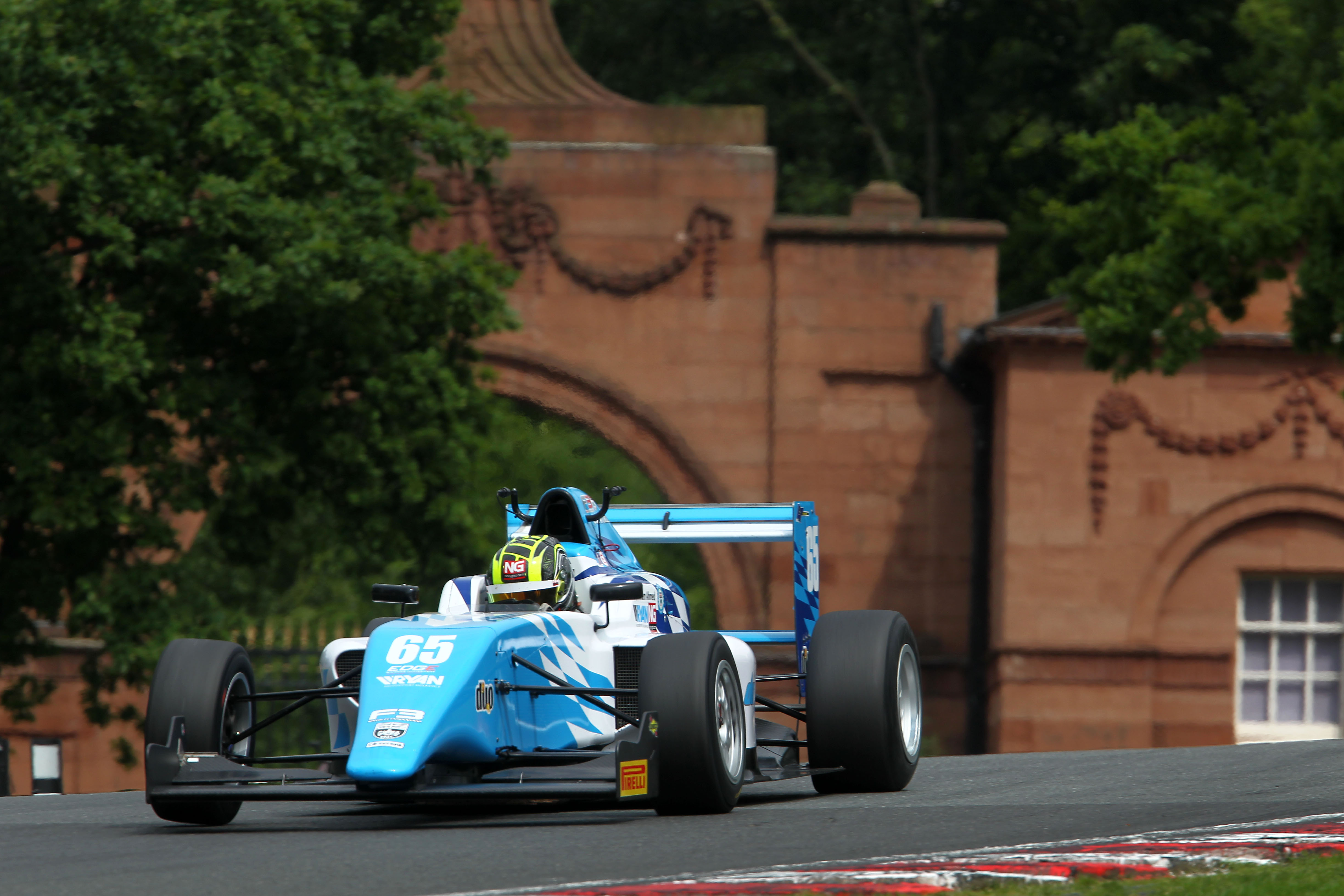 Rounds 10, 11, and 12 took place at Oulton Park this weekend and London based youngster, Enaam Ahmed, was looking to gather more momentum toward his championship fight with 3 consistent point hauls from the weekends racing. This were to be Ahmed’s toughest weekend as the 16 year old would not only have the race weekend to content with, but he also would be sitting some of his GCSE’s in between test sessions!

Qualifying saw the Douglas Motorsport driver put a time that would only be good enough for P8. This was not ideal but Ahmed would get blocked on his flying laps so ended the session extremely frustrated.

As the cars lined up for race 1 of the weekend, Ahmed chose to save the best of his tyres for race 2 and 3, whereas most of the pack chose to use their better tyres in race 1. The lights went out and the pack made their way round the Oulton park circuit all very carefully and with little drama. As the pack settled in Enaam would start to make his progress through the field. Just as his Pirelli tyres were coming into their own, the race was Red flagged due an enormous crash from Indian driver Ameya Vaidyanathan. Ameya had to be medially extracted from his car and race was called as over after only 6 laps. Enaam were to finish in P8. Thankfully Vaidyanathan was ok.

The result of the early finish in race 1, and Ahmed finishing in P8, meant that he would be drawn out as pole man for race 2. With better tyres than most of the grid, Enaam was in a great position to take the victory. As the lights dropped Ahmed made the better getaway and led the pack round turn 1. After the opening lap Ahmed had pulled a half a second gap on 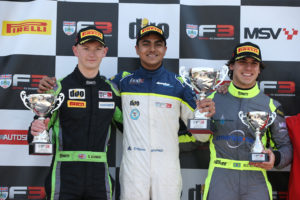 2nd place Toby Sowery, but at the exit of cascades, Ahmed ran wide which allowed the 2nd place man to catch up. The two made contact, but both survived any harmful damage. As the race settled down, Ahmed drove a faultless race and took the flag with a 5 second gap. This victory was soon to be over ruled by the officials however as they deemed the contact between Ahmed and Sowery to be Ahmed’s fault and thus gave the Douglas Motorsport driver a 6 second penalty which demoted him to P2.

The race 3 grid would be determined by the fastest lap times across races 1 and 2. Ahmed would start the final race of the weekend in P4.
Ahmed made a great start and challenged the American of Colton Herta for P3 into turn 1, but the American just managed to keep Ahmed at bay. As the opening lap drama subsided, and the drivers settled into the final race of the day, Ahmed would have his mirrors full of Brazilian, Matteus Liest, challenging for P4. Ahmed drove fantastically, holding off the Brazilian with some great defensive driving. As the laps counted down, Ahmed would soon pull away from the challenging pack behind and would cross the line in a strong P4.

Ahmed commented, “Race 2 was pretty good for me but I made a mistake defending for the lead which led to the penalty. I respect the officials decision and I will learn from it, so it won’t happen again. Overall the weekend wasn’t too bad, but I just want to focus on being the podium in each of the 3 races going forward.”