PEARSON ON THE PODIUM AT SEASON OPENER

Home »  Driver News »  PEARSON ON THE PODIUM AT SEASON OPENER 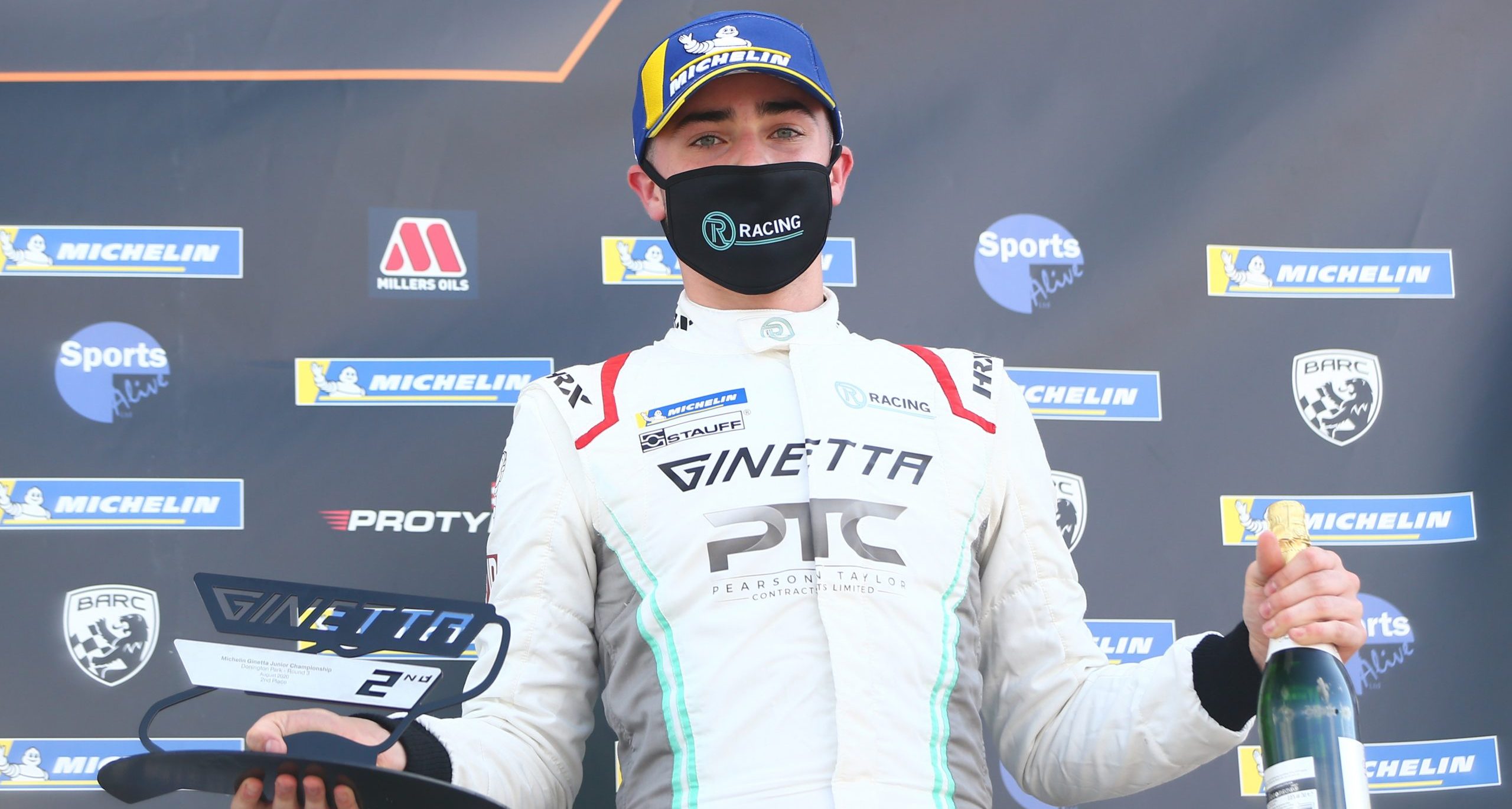 PEARSON ON THE PODIUM AT SEASON OPENER

On August 4, 2020, Posted by Eddie Reynolds , In Driver News, With No Comments

16 year old Leeds racing driver Joel Pearson came away from the opening round of the Ginetta Junior championship at Donington Park at the weekend in a solid 2nd place in the point standings in his R Racing prepared machine. Two top 5 finishes on Saturday and a 2nd place on Sunday sees the teenager in serious title contention from the off.

Qualifying was the usual hectic 15 minute session as the youngsters all lapped to secure their two fastest times of the session to count towards their starting positions for Race 1 and Race 2. Pearson and his R racing teammates all tried to work as a team and the session ended with Joel a strong P5.

Race 1 saw a fantastic start from Pearson and he headed straight into P3 as the pack jostled for position. With his elbows out Pearson soon found himself leading the field of 20 cars but in true Ginetta Jnr fashion the tow soon became the deciding factor and the slip stream would aid in the cars behind passing Pearson for the lead. Now in P4 Pearson settled in and was in a constant tussle with his team-mate Josh Rattican and Elite driver Lebbon. As the flag dropped Pearson crossed the 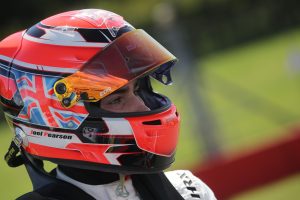 line in a solid P4 and also fastest lap of the race!

A quick turn around from Race 1 saw Pearson again starting Race 2 in P5. As the lights went out Pearson again got a brilliant start and after the opening lap was again in P3. A Brief spell in 2nd then saw Pearson’s R Racing team mates, Rattican and Millar join in the action which would see Joel drop down the order to P5. A constant battle for position, nose to tail then saw Joel cross the line in P5.

Race 3 would see Pearson line up in P5 once again. As the 20 Ginetta Junior’s set off on the first lap Pearson again got a great start and slotted into P4. A 6 car train for the lead then started to break away from the pack and by lap 5 Pearson was in the lead with some fantastic race craft, carving his way through the traffic. With constant pressure from behind Pearson drove a mature race but on lap 9 he had to yield from the hard charging Dimitrov and would cross the line in P2. An awesome weekend of solid results would see the 16 yr old leave Donington Park P2 in the standings. 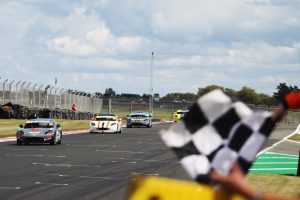 Pearson commented, “Overall im delighted with how the first weekend went, the team did a fantastic job and the car was great all weekend. It would obviously have been great to have taken the win in the last race of the weekend but im thinking long term about the championship, and points mean prizes! We are now heading into Brands Hatch second in the championship so im really happy about that.”

The next round of the Ginetta Junior Championship takes place on the weekend of 7-9th August at Brands Hatch GP.