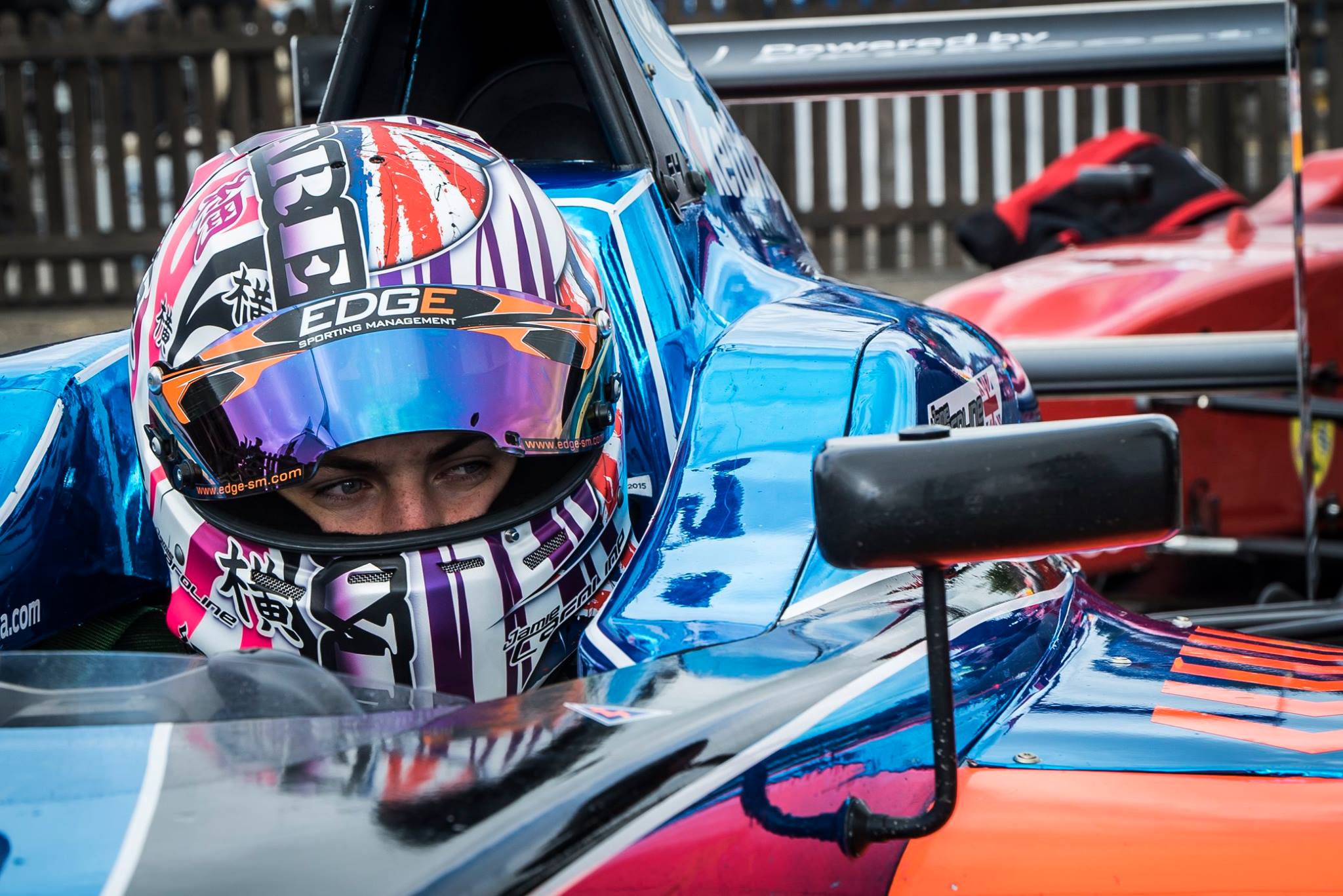 Jamie Caroline came into the Croft race weekend with a new team in the shape of Fortec Motorsports. This well established, high performing outfit would make for the right ingredients for the 17 year old to make his mark on the remainder of the British F4 season.

Qualifying would be one to forget as Caroline and the team were still trying different set up options and this left Caroline down in P13.

With qualifying behind them, and some crucial set up changes having been made, Caroline would have his sight set on a top 5 finish. As the lights went out Caroline would make one of his trade mark starts and found himself up in P7 after the opening lap! As the race settled down Caroline, who was still learning and adapting to his newly set up car would begin to hound the leading top 5 pack. On the penultimate lap Caroline found a way around P6 man Jack Martin, and unfortunately Caroline’s team mate Alex Quinn would retire on the last lap, putting Caroline in P5 as he crossed the line. A truly awesome drive from the back of the pack once again. 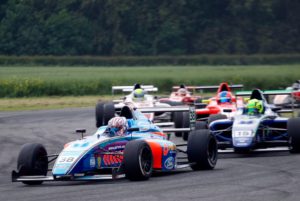 Race 2 would see Caroline’s best chance of taking his maiden win in F4 as the reverse grid put Jamie on pole position. As the lights went out Caroline’s initial getaway was awesome, but then a little too much wheel spin would allow 2nd place man Devlin Defrancessco into the lead. As the pack made their way round to Sunny in for the first time, Devlin left the door open and Caroline dived up the inside. Unfortunately an un sighted Devlin turned in on Caroline and the two went spinning off and out of the race.

With Race 3 starting from the second fastest time in qualifying, Caroline would again start from the back end of the grid in P14. The heavens opened just before the start so all drivers were on their Hankook rain tyres. When the lights dropped Caroline would make a sensational start, and yet again proving his wet weather driving skills ending up in P6 by the end of lap 1!! By the end of the second lap Caroline made up another place and was now in P5, truly amazing demonstration of car control and confidence form the 17 year old. The race settled and Caroline brought his Fortec prepared machine across the line in P5. This was not to stand however as the stewards gave Caroline a 10 second penalty for cutting the chicane in avoidance of an accident and therefore finished in P8.

Jamie commented, “The weekend could have been better, but it could have been a lot worse! We achieved some decent points and made the most of the poor qualifying. A win was on the cards in race 2, but contact unfortunately made us retire. I am enjoying being with Fortec and I know that together we are a recipe for success.”

Edge commented, “Jamie drove extremely well again this weekend. Qualifying was unfortunate but this is sometimes the result of a mid season team swap, and both team and driver both need to adapt quickly to one another. I think we can all see how well they will both work together going forward judging by Jaime’s pace this weekend in the races. We cannot wait to see some results after the summer break.”