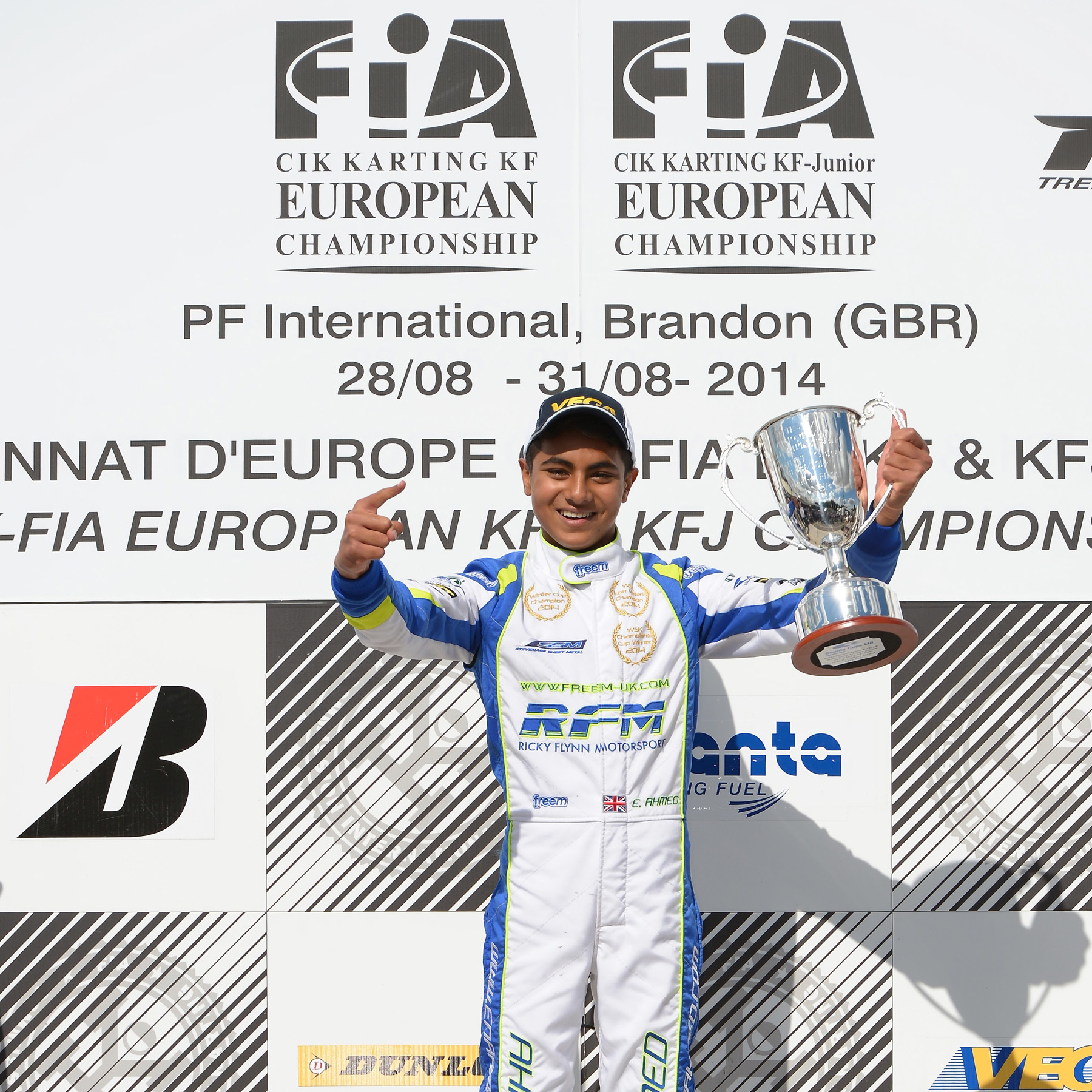 On January 21, 2015, Posted by Edge SM , In Driver News, By Arden,Ennam Ahmed,MSA Formula , With No Comments

Enaam (14) joins the team having had an outstanding 2014 season winning both the European and the World Karting Championships, previously won by Lewis Hamilton, Jenson Button and recent F1 graduate Max Verstappen. He pipped Michael Schumacher son, Mick to grab the title.

The young karter, managed by Edge Sporting Management, moves into single seaters having achieved five major titles in total last year – CIK World Championship, winning all heats and the final from pole by six seconds, the CIK European Championship, the WSK Super Masters, the Champions Cup and the Winter Cup. Enaam also picked up WSK Driver of the year at the recent awards ceremony. Enaam holds the record as the youngest ever driver to win the double at just 14years old. The previous record holder was Lewis Hamilton aged 15 years.

MSA Formula is the most exciting development in British junior single-seater motor racing for almost 50 years. The arrival of the FIA F4 concept allows 15 year olds to compete in single seaters in the UK for the first time. The Series will run alongside the British Touring Car Championship supporting ten race weekends.

Garry Horner – “We are very excited to have Enaam signed with our MSA Formula team. He has certainly impressed us with his performance in several championships last season and we are certain he can carry this through taking the next step up to focus on single seater racing.”

Enaam Ahmed – “I’m very excited to be with Arden, they’ve had good pedigree so I’m sure we’ll get on well. It was a hard decision but it was too good to turn down. The first half of the year will be about learning. I think it’s going to be the hardest F4 championship in the world. It will be a good stepping stone.”