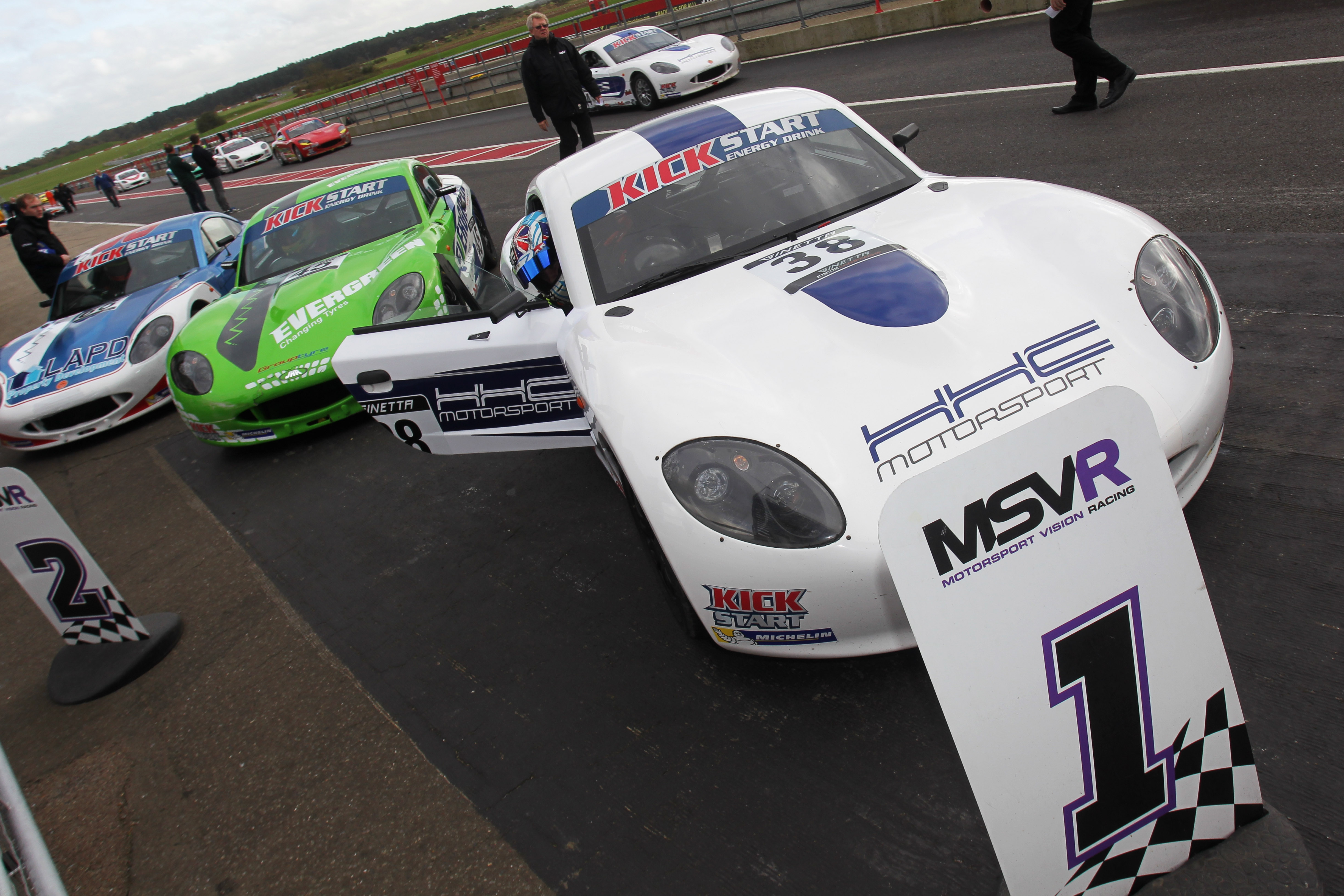 Having switched to HHC Motorsport for the event, Caroline qualified on the front row of the grid for race one, alongside rival Dan Zelos – the latter of whom was on pole – and after a frantic few corners, took the lead at Agostini on lap one, where he remained to the flag.

With the grid for race two based on the finishing positions of race one, Caroline started the second outing from pole, where he led from lights-to-flag, and on Sunday, the quickest qualifying time saw the double race winner once again command proceedings from the outset, until an early red flag saw the result classified on lap three.

With only 36 points left on the table and a 37 point advantage, Caroline had already secured the title, but was determined to make it four wins from four and once again starting from pole, enjoyed another lights-to-flag win; taking home a half price entry into the 2015 KICK Start Energy Ginetta Junior Championship.

Speaking after the event, Caroline said; “It doesn’t get much better than that! I made the most out of my weekend with four out of four wins but I would have liked to have both qualifying poles as well, but you can’t have it all. Here’s hoping we can continue the success through to next year.”

The fly in Caroline’s ointment throughout was Dan Zelos who enjoyed blistering pace; qualifying on pole for the first outing, and finishing runner-up in three of the four races. The results were enough however, to secure him the vice-championship and £1,000 in Ginetta parts credit.

Rounding out the top three of the weekend was Senna Proctor, who enjoyed two third places and one second over the four races and won a set of tyres for his 2015 KICK Start Energy Ginetta Junior Championship campaign.

The coveted ‘Hard Charger’ award went the way of Lewis Brown, who made up an impressive 21 places over the four races, and he too will enjoy a full set of tyres for his 2015 KICK Start Energy Ginetta Junior Championship campaign.