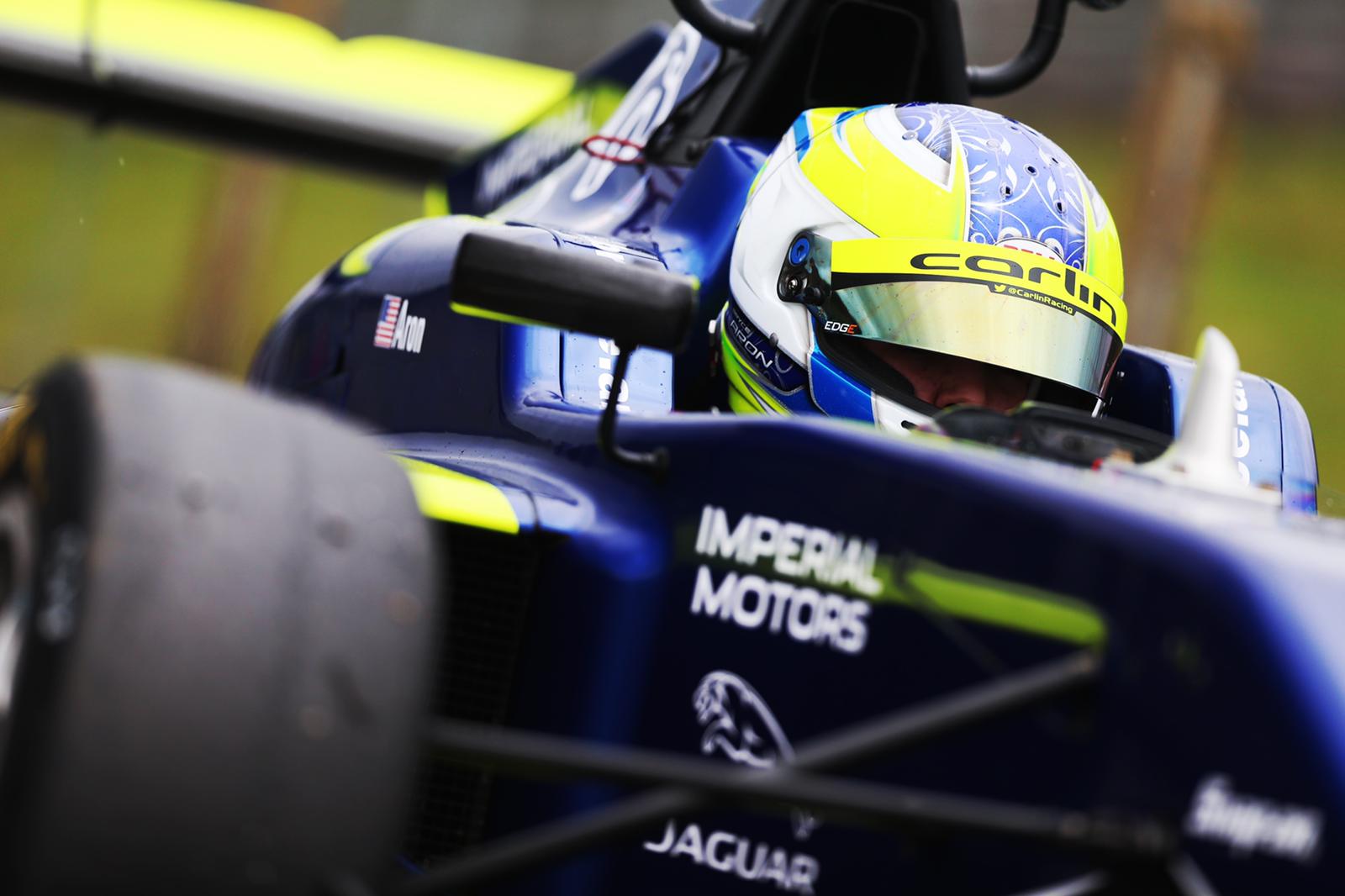 17 year old American, Bryce Aron made his debut at Brands Hatch last weekend racing with Carlin in the BRDC Formula 3 championship. The Chicago based youngster makes the switch up to F3 from Formula Ford.

Qualifying would see Bryce lay down a time that set him up for starting P12 in race 1 and P11 in race 2.

Race 1 got underway and Bryce made a solid start and began to get into a rhythm which would eventually see the 17 year old cross the line a respectable 10th position. Race 2 would see Bryce line up P11 but started with drama on the green flag lap when Alex Fores slid into the barriers on a greasy track which subsequently delayed the start and shortened the race distance. Chipping away at moving froward, Bryce would bring his Carlin prepared F3 car home in P9 and improving each race.

Race three featured a new for 2021 full reverse grid from Saturday morning’s qualifying results. As the light went out Bryce, who lined up for the race in eighth, followed his teammate Mansell through the gaps he found and had soon worked his way up to fourth with some great moves along the way. Bryce came incredibly close to a podium as he chased down Dexter Patterson; the American racer crossed the line nose to tail taking fourth place as the flag fell – an amazing progression from the youngster on his debut weekend in BRDC F3.

Bryce rounded up his first British F3 race weekend, “I’m really happy with how we’ve progressed – I want to say thanks to the team and my engineer Jimmy and Phil at EDGE for everything we’ve done this weekend. I struggled at the start of that final race but I was able to make positions around the outside where I could. Unfortunately, we just missed out on the podium, but I’m still so pleased with the result.”

Round two gets underway at Silverstone 26th-27th June.