CAROLINE ON THE PACE AFTER FIRST TWO TESTS 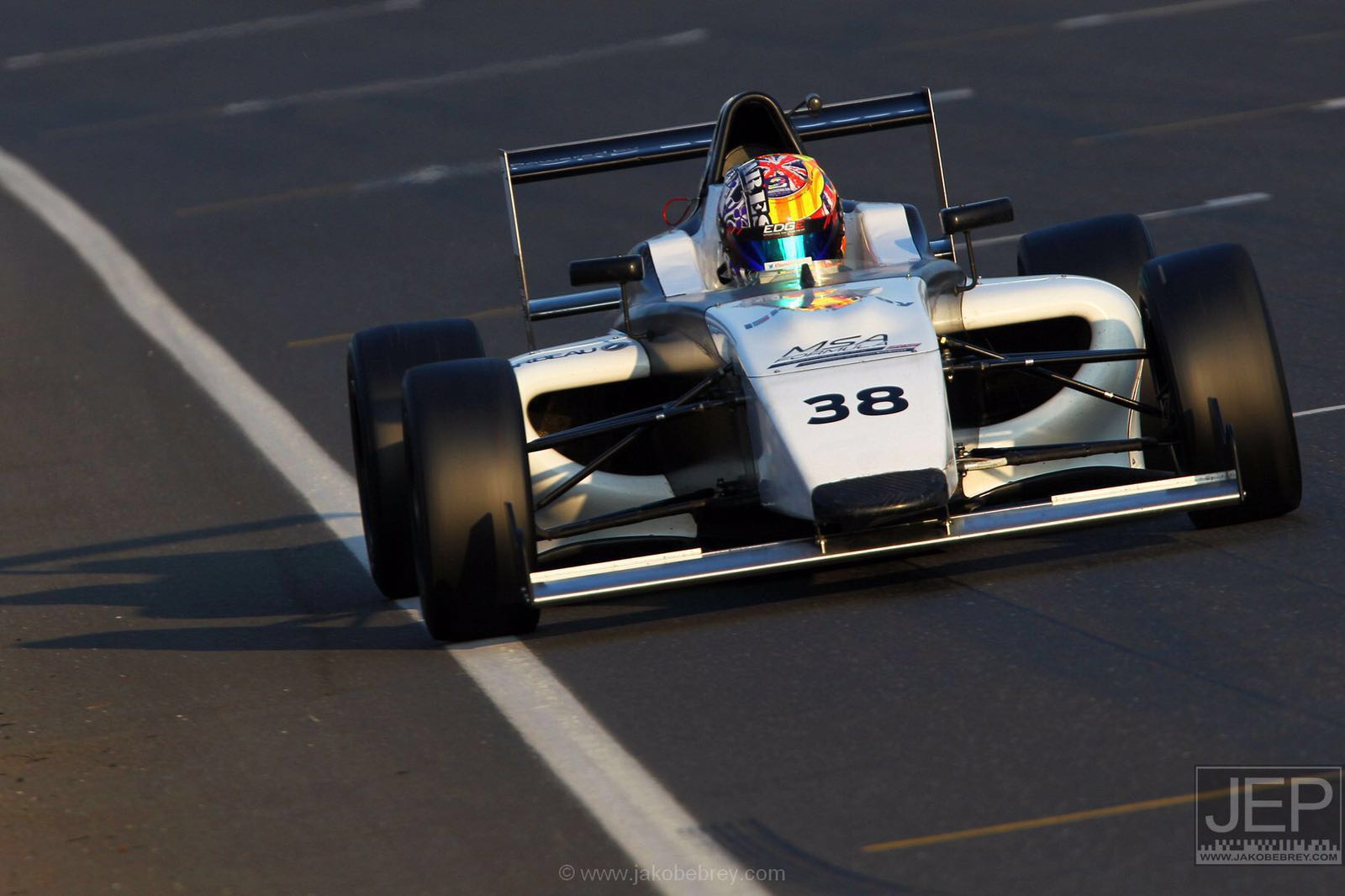 CAROLINE ON THE PACE AFTER FIRST TWO TESTS

On March 14, 2016, Posted by Eddie Reynolds , In Driver News, By EDGE Sporting Management,Formula MSA,Jamie Caroline,Jamun Racing,Ryan Insurance , With No Comments

The 16 year old has made the switch to single seaters after a dominant season last year in the Ginetta Junior category. Caroline’s first official test at Brands Hatch was a real gauge to see where the rest of the field would be in terms of pace, and Caroline was straight up there for the majority of the day, just missing out on the fastest time by less than a tenth of a second.

The second of the test days would see more of a challenge for Caroline as he headed to the tricky Snetterton circuit. Having never driven his Jamun prepared MSA Formula car at the Norfolk venue, and with tricky weather conditions, Caroline soon began to work his way up the time sheets and ended the second day third fastest, just under two tenths off the fastest time of the day.

Caroline commented, “I’m pretty pleased with P3 in both tests. We have got really limited time in the car due to budget, compared to most, so to be up there straight away is great. Jamun have done an awesome job with the car, and I love driving it, so maybe we could cause some upsets with the bigger teams at the start of the season!”

James Mundy, Team boss of Jamun Racing added, “Jamie is a great kid to work with. He has pure natural talent and just gets on with it, he’s a real pleasure to work with. He still has plenty to learn, but he is working closely with Edge Management to develop him as a driver so I think that we can be right up there form the opening round.”