Ahmed Bounces Back After Big Crash In Race 1 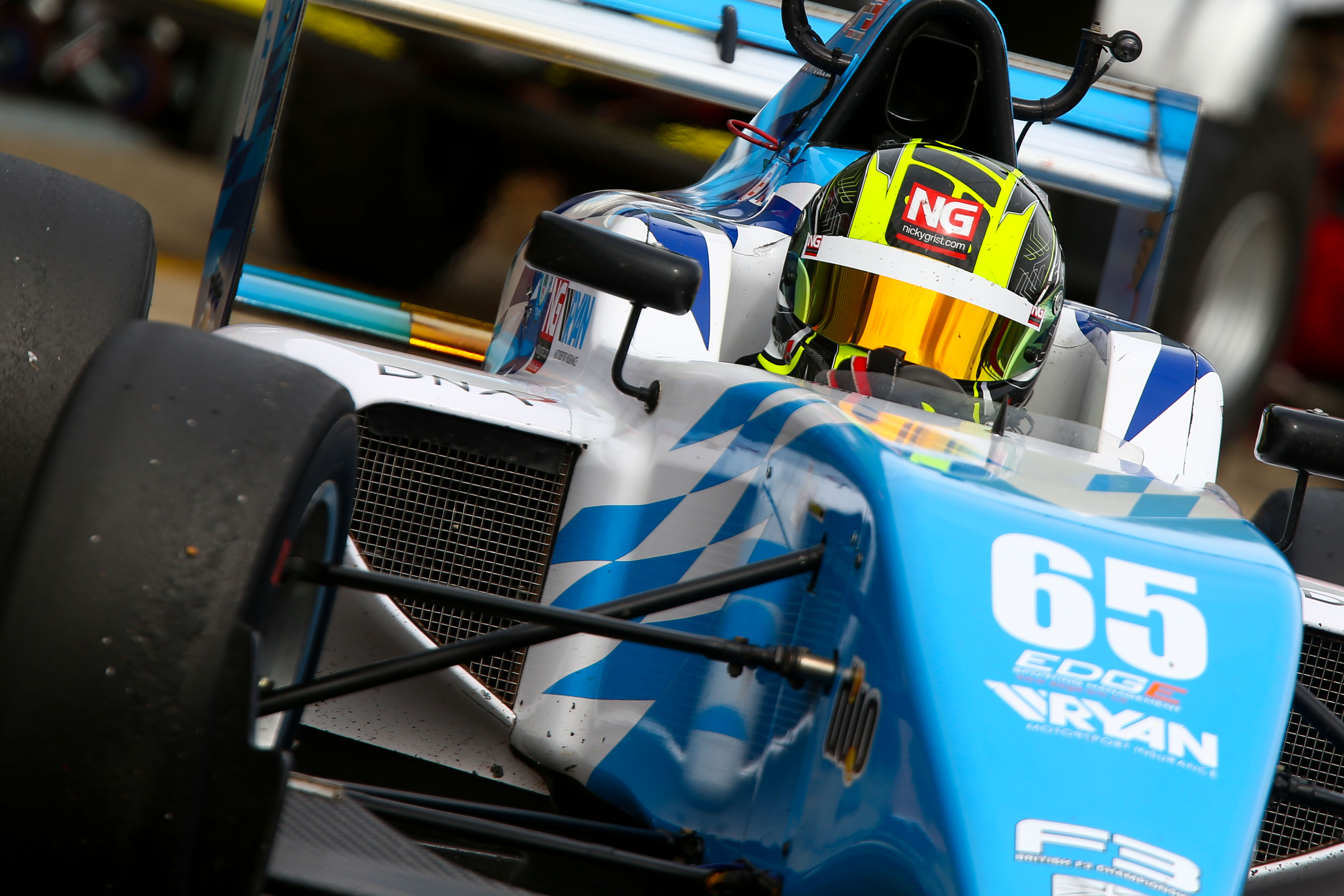 Ahmed Bounces Back After Big Crash In Race 1

On August 8, 2016, Posted by Eddie Reynolds , In Driver News, With No Comments

Enaam Ahmed was looking to follow on from his successful Snetterton race weekend at the start of the 2016 British F3 season where he scored 3 podiums, including 1 win.
Qualifying didn’t go according to plan, and Ahmed would not make the most of his Pirelli tyres. The 16 year old would put a time down that would see him line up for race 1 in P9.

Race 1
Ahmed would start the opening race of the weekend in P9. As the lights dropped, Ahmed made a great start and was heading into P6 as he made his way down the Bentley straight. Ahmed was in a fight with his Douglas Motorsport team mate Thomas Randle. Ahmed said: “I was trying to pass my team-mate and managed it but he got a run on me down the Bentley Straight and re-passed me. I was on the outside turning into Brundle and I braked as late as I could and we went through side-by-side. We made the slightest of touches as my rear-wheel and his front-wheel made contact and it sent me on to the grass and I dug in and rolled a few times.” 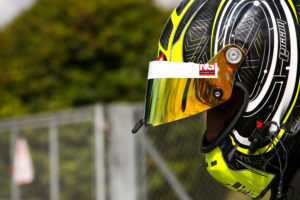 Despite the dramatic looking nature of the accident, Ahmed was almost completely unharmed in the crash. After coming to rest upside down, he was helped by the marshals and medical staff, who righted his car, and he was able to extricate himself and walk away unaided. “It’s a testament to the strength of the car though that I was absolutely fine and it held up pretty well. It was my first roll in my racing career so at least I’ve ticked that off my bucket list. I want to say a big thank you to all the marshals and the medical staff who were superb in making sure I was okay, and then helping me get out of the car,” said the 16-year-old.

The Douglas Motorsport team had an epic task on their hands to try and get Ahmed’s car back to full racing order, and they succeeded just in time for Race 2 on Sunday. With Ahmed having to start from the back of the pack due to his accident in Race 1, the team decided to start Ahmed from the pitlane in order to get the fastest lap of the race so he had a better chance of a result in Race 3. Ahmed was 1 lap down as exited the pitlane. As he began to bring his Pirelli tyres up to temperature his times began to tumble. On lap 9 Ahmed posted the faste

st lap of the race but unfortunately it was not to stand and he eventually had the 6th fastest time of the race.

Ahmed would line up in P6 for the final race of the weekend. As the lights went out Ahmed made an awesome start and by the end of lap 1 was up to P4. As the race settled in, Ahmed would start to reel in the P3 man of Ben Hingeley. Ahmed latched himself right on the gearbox of the HHC machine in P3 mid way through the race. Ahmed would try all he might to get passed Hingeley but he defended well and it just was not to be. Ahmed would cross the line in P4, just outside a podium position, a fantastic end to what potentially could have been a disastrous weekend.

Ahmed commented, “Well that wasn’t how I would have seen the weekend panning out on Friday! I have to thank the team for getting the car sorted for race 2 and 3 after my accident. I did the best I could with the car considering it was all thrown together over night. It would have been nice to have gotten on the podium in race 3, but I just didn’t have enough left in my tyres to pass Ben.”