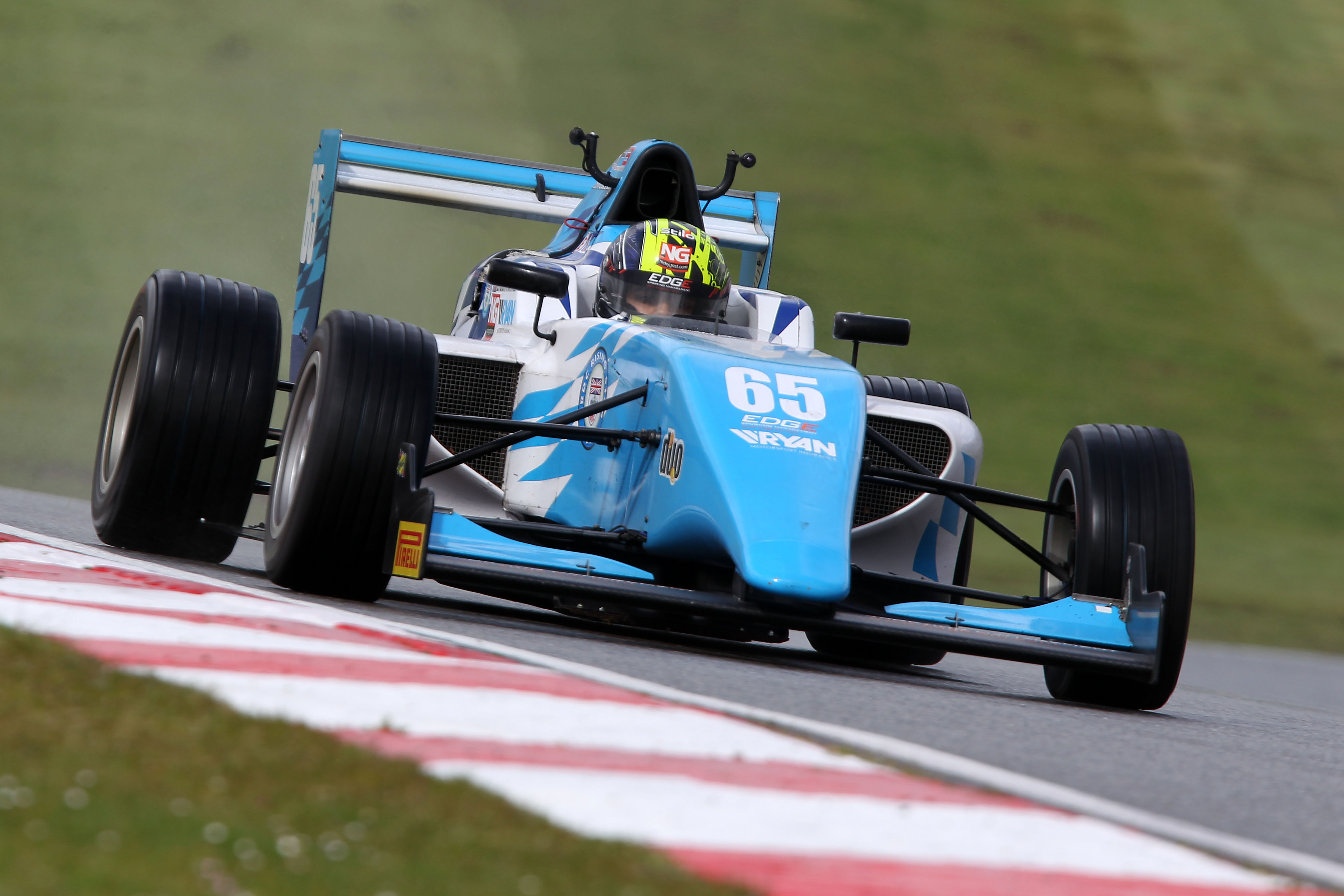 The second round of the BRDC British F3 championship at Brands Hatch was to be a weekend of highs and lows for the 16 year old World Karting Champion.

Qualifying saw Ahmed set the early pace around the world renowned Brands GP circuit. With the weather looking dubious the Douglas Motorsport team made the call to attack the session and get a time in early due to the high chance of rain. As the session came to a close, and Ahmed having made the best use of his Pirelli tyres early on, the 16 year old would drop down to P5 as the rain never came.

Race 1 began and Ahmed knew he needed to take some good points and have a consistent race weekend. The lights went out and Ahmed made a reasonable start and held onto his P5 position. As the time ticked on the top 5 would break away from the rest of the pack and have a 6 second gap to P6. On lap 13 disaster struck as Ahmed exited Paddock Hill bend. His front left suspension collapsed thus ending his race early. A sheer component failure would see the end to his first race of the weekend, and a DNF result.

Race 2 would see Enaam make a truly professional decision and start from the pit lane. The race 3 grid would be decided on the fastest lap from race 2, so instead of risking his way from the back of the grid and taking little championship points, Enaam decided to start from the pit lane, and focus on getting fastest lap thus putting him in a race winning grid slot for the final race of the weekend. As the pack left the line Enaam would start 5 seconds behind the field. In free air the 16 year old began to push and on lap 11 he went purple and set the fastest lap of the race, thus promoting him to pole for race 3. This was not to be however, as the fast American of Colten Herta was in the pits for the near entirety of the race having crash damage fixed from a first corner accident. His Carlin team sent him on his way with three laps remaining. On fresh new tyres the young American pipped Ahmed to pole by just 2 tenths of a second, but, a front row start was an awesome job from the youngster from London.

Ahmed had it all to play for in the final third race of the weekend. Starting on the front row, Ahmed made a great start and held position on the opening lap. As the race unfolded Ahmed was set for a podium finish. On lap 10 the red flags were deployed for a huge crash at one of the fastest parts of the Brands GP circuit and the race was stopped. Upon the reformation lap disaster struck as Ahmed’s newly fitted clutch failed and he was unable to re grid for the race start. As his stricken machine was pushed into the pit lane, the Douglas Motorsport team were on hand to bump start Ahmed’s wounded car, so he could continue the race from the back of the pack. With only 5 laps remaining of the race Ahmed caught the pack and finished in P14. A truly disappointing weekend with not one, but two component failures, made even harder to swallow as Ahmed had such race winning pace and potential. 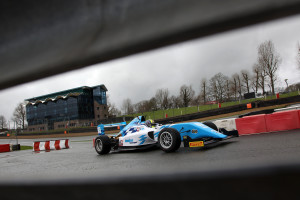 Ahmed commented, “Im so gutted after that weekend. To have one component failure is bad enough, but two is really hard to swallow. I know the team have done their best to compensate for component failures but it doesn’t make the weekends poor results any easier. I guess I have to draw a line under that weekend and come out stronger and fight even harder for the next round at Rockingham.”

Edge Management said, “We are truly gutted for Enaam and the team this weekend. Components fail on cars all the time but to have two on one weekend is really unlucky. Enaam has taken this all in his stride and we are very impressed how he has handled the weekend. He has been extremely mature, well beyond his years. He has the pace as we have seen so we now have to focus on Rockingham where he will come back fighting for race wins.”