CAROLINE TAKES PODIUM IN A WEEKEND OF MIXED FORTUNE 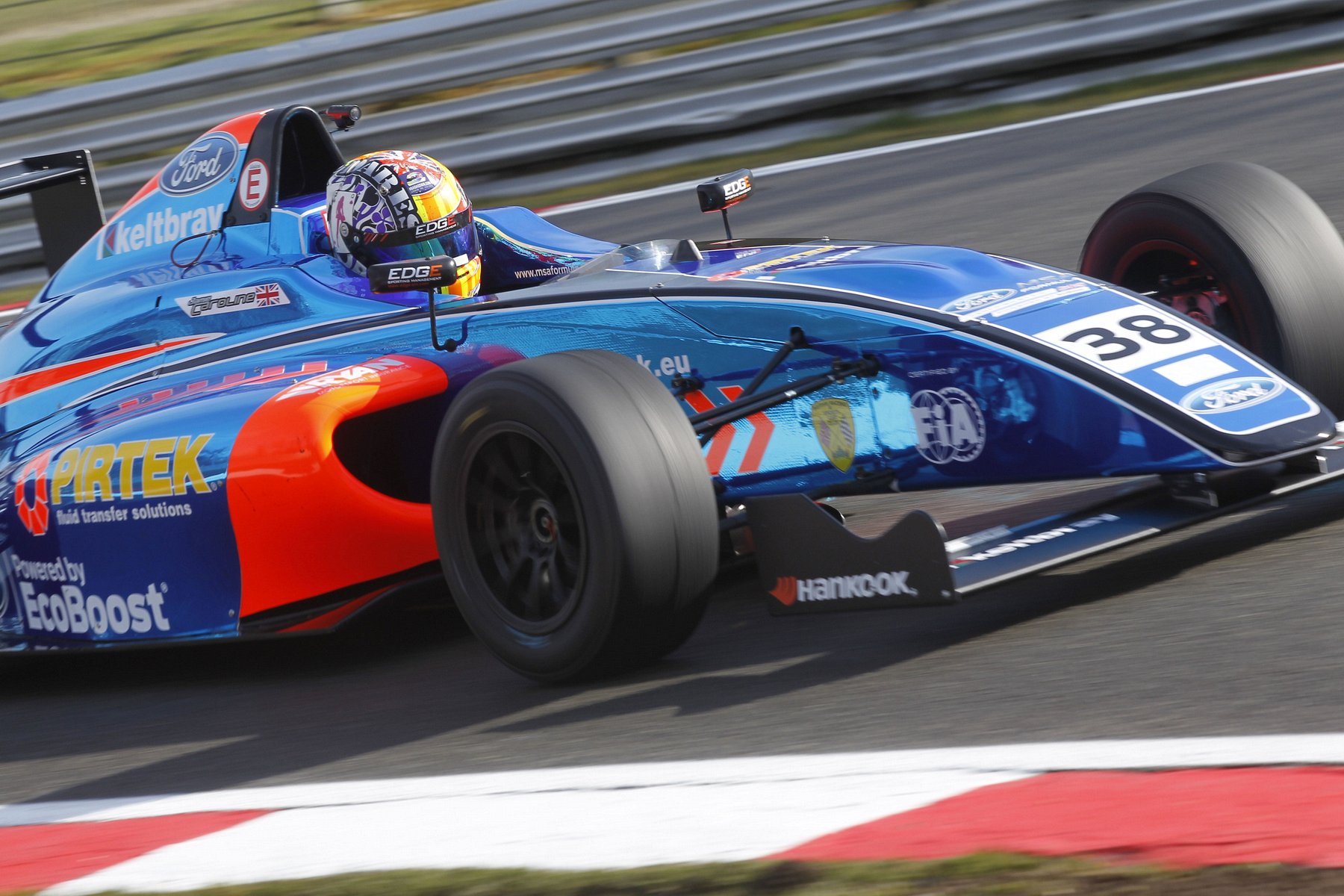 CAROLINE TAKES PODIUM IN A WEEKEND OF MIXED FORTUNE

2015 Ginetta Junior Champion Jamie Caroline approached the opening round of the MSA Formula weekend at Brands Hatch feeling positive even though he had very limited testing. The 17 year old from Warlingham was looking to continue his success from 2015 by picking up some consistent points across the triple race weekend.

Caroline started the 20 min Qualifying session on fine form by topping the timesheets from the off. As the track began to heat up and ‘rubber in’ however, the rest of the field began to chip away at Caroline’s lap time. Having used the best of his Hankook tyres early on, Caroline would drop down the order to finish the session in P8. 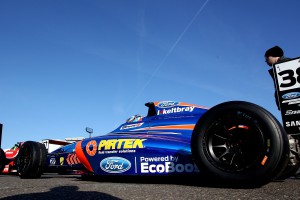 As the grid lined up for the opening race of the 2016 season, Caroline was looking ready to progress through the pack. The lights went out and Caroline made a fantastic start and jumped into P7 off the line. Caroline now had the more experienced Brazilian driver of Rafeal Martins ahead. On lap 17 the safety car was deployed, but as all racing drivers know, you always race to the line. This is exactly what Jamie did, making a superb move on Rafael Martins down the inside of Graham Hill bend, thus moving Jamie up to P6 as the safety car came out. With only 2 laps remaining as the safety car came in Caroline would cross the line in P6. Not a bad effort for his fist ever single seater race.

With Race 2 only a few hours after race 1 and with a reverse grid to consider it was all hands on deck to get the right set up and right tyres on the Jamun racing prepared MSA Formula car. As they formed on the grid rain was threatening with a few drops starting to fall. This however did not phase Caroline as he made yet another lightening start straight up to 2nd position, and once again chasing Rafael Martins, this time as the leader. On lap 2 Caroline went for a move that most would not have dared made into paddock Hill bend, out braking Martins from 3 car lengths back to take the lead. The crowd roared as Caroline made this heroic manouvre, but unfortunately this was short lived as Caroline was now leading the way on an increasingly damp circuit and into Druids hairpin Caroline went in a little deep to allow Martins to slip down the inside and thus pushing Caroline wide, dropping him down to P7. As Caroline began to battle his way back up the field, the red flag was deployed due to wet weather and thus stopping the race, with Caroline finishing in P4.
Just as we all thought this was the end, the Clerk of the course announced an 8 minute sprint race in full wet conditions. The Brands Hatch pitlane was fraught with activity as all the teams changed tyres to wets and sent their cars out onto the grid once again. This would now be Caroline’s 1st wet start and only his 2nd ever time driving the car in the wet. 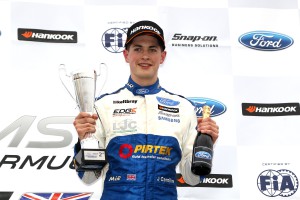 At the restart Caroline made and amazing get away jumping from P4 to P2 and chasing Martins for the 3rd time in the weekend. On lap 2 once again Caroline made yet another superb move into Paddock Hill bend this time round the outside to take the lead. James Pull had managed to get up to 2nd and was using his experience from last year to chase down new boy Caroline. The Jamun Racing driver was putting on the show of the day as he was defending hard from Pull. Pull tried everything but just couldn’t get past the determined young driver. As the two scrapped it out for the lead, Championship favourite Sennan Fielding was chasing the lead duo. With 2 laps to go it was 3 a breast coming down the start finish line with Caroline sandwiched between Pull and Fielding, which in turn resulted in Caroline’s front wing getting damaged and Fielding taking the lead. Pull momentarily got to 2nd but the Pirtek liveried car soon took back that position. With 1 lap remaining Caroline got his head down and began chasing the leader, but just ran out of time, and took P2 in only his 2nd ever single seater race, an amazing drive.

Race 3 saw Caroline having to start in his Qualifying position of P8. He was lying P8 on lap 1 hunting down race 2 winner, Sennan Fielding. Caroline went for a late move round the outside at Paddock Hill Bend but had a small lock up sending him through the gravel trap and dropping him to the back of the pack. Giving up is not in Caroline’s Blood, so he got his head down and fought his way back up to P11.

Caroline “Ive had a mixed weekend, but learnt alot. The highlight was definitely leading race 2 on a number of occasions battling with drivers who have a whole year or 2 of single seater racing under their belts. I think I showed what I can do, I just need to qualify better and learn from my mistakes in the races. I must thank Jamun Racing for giving me a great car to battle at the front, Pirtek Racing, Keltbray and Edge Sporting Management for putting this whole program together. And of course my mum, dad and family for always supporting me”

Jamun Racing Team Manager “We’re so happy we finally have drivers in our team who are willing to get stuck in and race. Jamie is a bit rough around the edges, but I would much rather have that and dial him back a bit than having to always push a driver to drive harder”

Sam Roach Championship Organiser “Thank the Lord for Jamie Caroline! Here we have a driver who makes single seater racing exciting. We’re so happy to have him on our grid”