STRONG START FOR FAGG AT MONZA 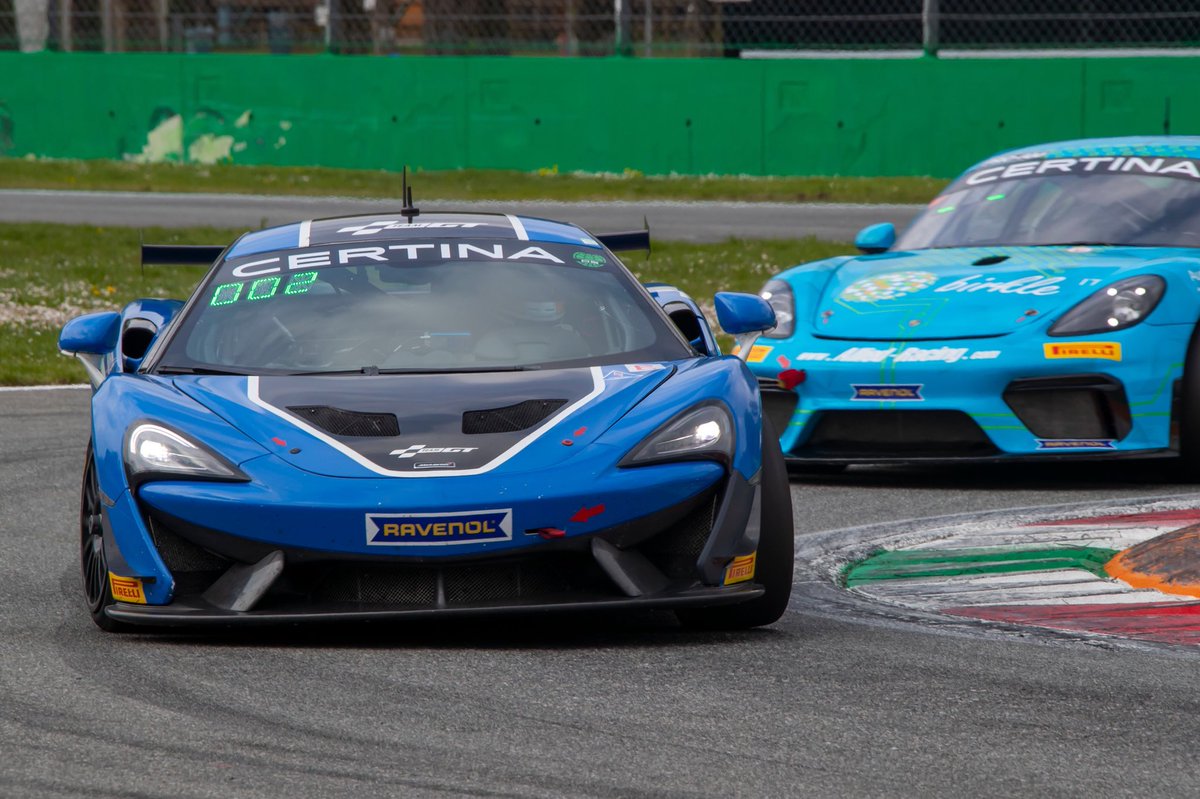 STRONG START FOR FAGG AT MONZA

Fagg and Equipe Verschuur driver McKay were separated by just 0.007s at the end of the first 20-minute segment of qualifying. Fagg’s fastest time of 1:57.787 was – at that point – the fastest time of the weekend. 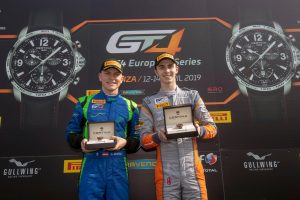 Behind the two McLaren 570S GT4s it was Allied Racing’s Nicolas Schöll who set the third-fastest time in the #22 Porsche 718 Cayman GT4 CS MR. With that time the young Austrian also claimed pole position in the Pro-Am category.

McLaren teams had claimed a clean sweep of the front row in qualifying thanks to Charlie Fagg and Daniel McKay. The #55 Team GT McLaren started from pole, but it was McKay in the #14 Equipe Verschuur McLaren who took the lead of the race out of the first chicane.

A safety car after the #24 Valvoline-True Racing KTM X-Bow GT4 came to a stop bunched up the field, which allowed the BMW drivers to close in on the leading McLarens. At the restart, however, McKay and Fagg had a big enough margin to keep them behind.

Fagg, Piana, Udell came into the pits at the end of the lap, while McKay continued for another lap. Olivier Hart in V8 Racing Chevrolet Camaro GT4.R left the pits leading the race, but he was unable to pull away as soon after the pit window closed the safety car was deployed again – as a result of contact between the #99 razoon – more than racing KTM and the #7 Street Art Racing Aston Martin.

At the restart, Hart was leading Benjamin Lessennes, Michael Benyahia, Marius Zug and Simon Knap, Cedric Freiburghaus and Jan Kasperlik. Lessennes took the lead from Hart at the Lesmo corner, with Benyahia moving into second. The McLaren drivers swapped places at the first chicane and when Lessennes was pushed wide it looked all over as he dropped behind Hart.

The Camaro driver then received a stop-and-go penalty for a too short pit stop and when Hart came into the pits, Lessennes moved back into third and soon after he overtook Knap to take second again. Before he was able to challenge Benyahia the safety car was deployed once more, this time to recover the #33 Bullitt Racing Mercedes.

With just over five minutes remaining, the race was restarted again and Lessennes immediately started his attack, taking the lead at the second chicane. The Team GT driver was not in a position to challenge the Equipe Verschuur driver anymore and after one hour Lessennes was the first to cross the line, followed home by Benyahia at 0.282s. MDM Motorsport’s Simon Knap finished in third place at 1.479s from the race winner.

Unfortunately for Team GT the #55 car suffered a technical issue on the warm up lap and the team had to retire the car early.

Charlie Fagg commented, “To grab pole on my first race with Mclaren in European GT4 was amazing! The start was my error, and I will learn form that, but to keep with the Equipe car for my stint was a good start gauge for us for the rest of the season. Michael drove extremely well and bought the car home in P2. Unfortunately Race 2 didn’t swing our way and a technical gremlin made us DNF.”