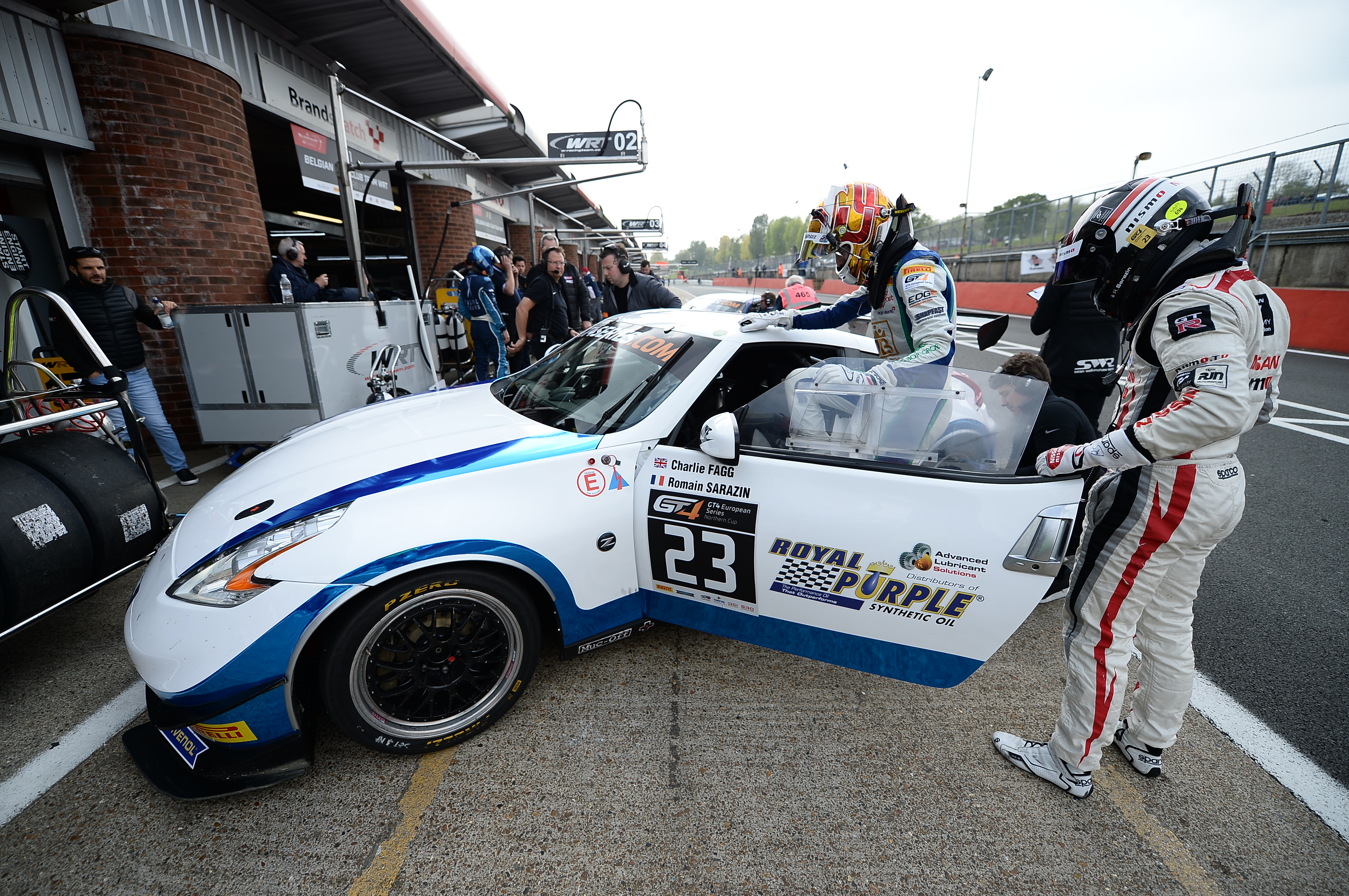 Round two of the GT4 European Series Northern Cup took place at Brands Hatch last weekend on the iconic Grand Prix circuit. Charlie Fagg and Romain Sarazin were looking to improve on their opening round performance at Misano the previous month, and the SWR prepared Nissan 370z was aiming for a podium place finish. 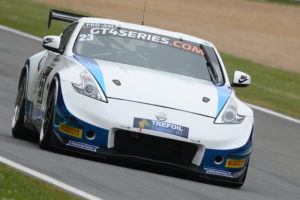 Happy with the car through free practice, unfortunate gear selection problems developed at the beginning of qualifying which impacted SWR’s potential. Sarazin took the opening session and did manage to set a time good enough for 15th fastest, but the effort was removed by officials due to a track limits infringement so he ended the session 31st. Beginning race one from an elevated 28th place, Sarazin made a sensational start and put together an outstanding first lap to gain no fewer than 11 positions. Into the top 15 by lap five, the French racer edged closer to the top 10 prior to the appearance of the Safety Car at one quarter distance. When racing resumed with around 90 seconds to go until the pit-window opened, Sarazin held 11th place and soon broke into the top 10. As some rivals began to serve their stops, the SWR driver remained on track and he moved up into the top five before grabbing fourth at Druids on lap 18. Pitting from fourth with around 27 minutes to run, Fagg then took over the Nissan and when the race order settled he held 11th position. Just a few minutes later, the Safety Car was required again and racing only resumed with a quarter of an hour to go. Swiftly breaking into the top 10, Fagg mirrored Sarazin’s driving with great pace of his own and sliced his way through into the top eight by lap 24. Into seventh position with just 10 minutes left on the clock, soon after there was a third Safety Car intervention followed by a final four-minute dash to the flag. Making a good re-start, Fagg maintained seventh to secure a sensational result and it got even better post-race when a time penalty for a rival entry elevated the SWR squad into sixth. 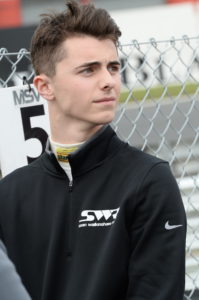 Fagg qualified the car 19th fastest for race two (gearbox issues) but began the contest an elevated 18th on the grid. Making fantastic early progress to haul the Nissan into contention for the top 10 with just a handful of laps complete, he held 13th place with 10 minutes gone and soon after climbed into the top 10. Decimating the three second gap to the Aston Martin ahead, lapping half a second quicker, Fagg closed up but then moved into ninth as a result of a mistake from Duncan Huisman before the Safety Car was deployed with around 17 minutes gone. Racing resumed at the point of the pit-window opening at the 35-minute mark and Fagg, now in eighth place, remained on track. Pitting with half an hour to go from an improved seventh, Sarazin then took over and held fifth when the order settled – although another cautionary period followed. Racing got back underway with 18 minutes to go and Sarazin made an exceptional re-start, moving alongside the car ahead and then taking fourth into Paddock Hill Bend before grabbing third into Surtees. Then, into the final quarter of an hour, the news came through regarding a stop-go penalty for a mis judged short pit-stop, just 0.3 of second short. Adding insult to injury for SWR, the Safety Car appeared again which bunched the pack up and meant the penalty would be even more costly. Emerging back onto track in 18th position with less than 10 minutes to run, racing was then red flagged with just a few minutes left and the SWR entry was classified 17th at the conclusion.

Next on the GT4 European Series Northern Cup calendar is a visit to the Red Bull Ring in Austria, where the championship will join the ADAC GT Masters package, over the weekend 10th/11th June.