P4 FOR ARON IN FINAL RACE AT DONINGTON PARK 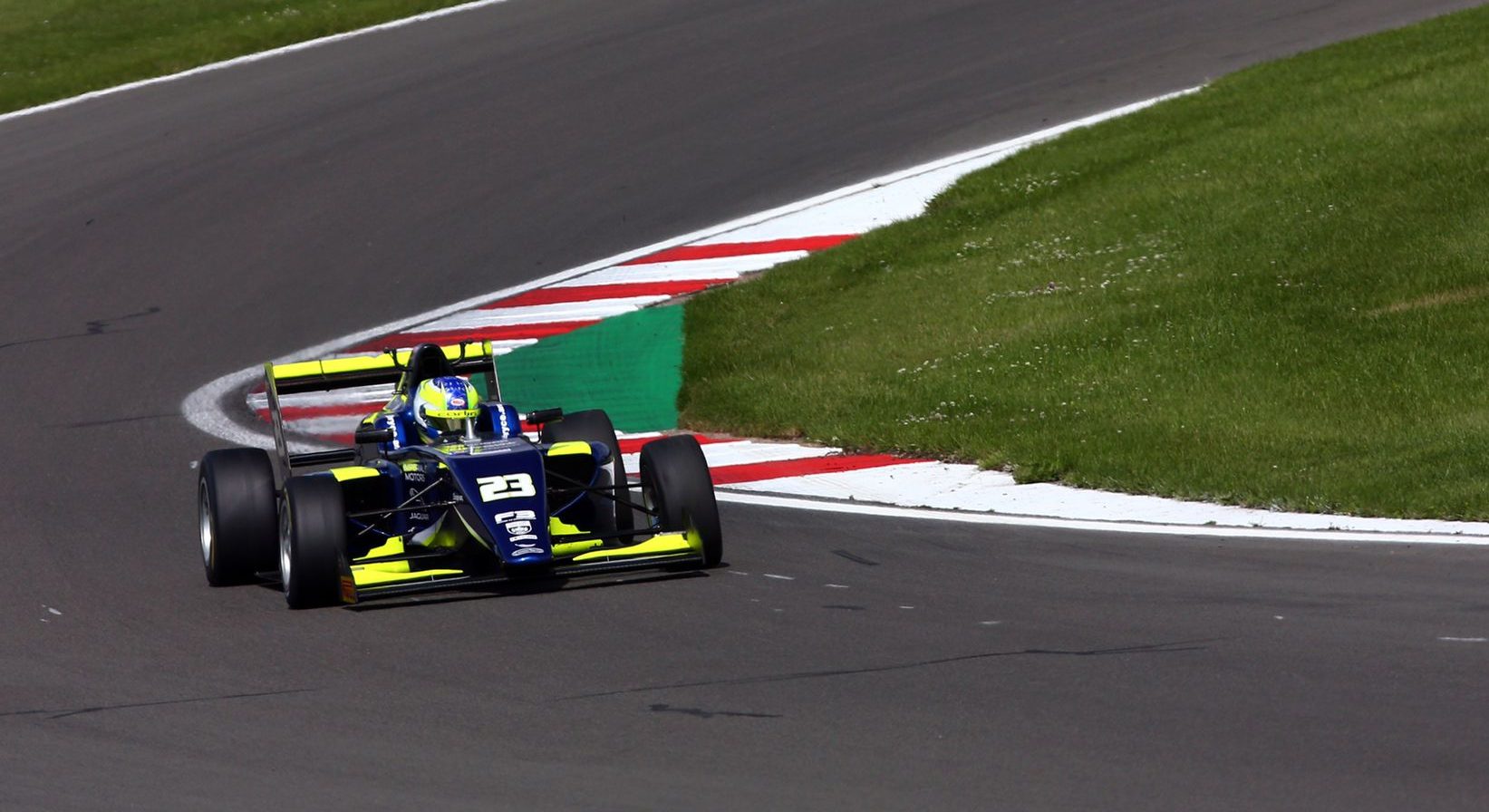 P4 FOR ARON IN FINAL RACE AT DONINGTON PARK

Bryce Aron took a strong P4 at Donington Park last weekend for round 3 of the BRDC Formula 3 Championships.

Aron came into the weekend feeing confident and up beat to get that all important maiden podium under his belt.

Qualifying was as tough as ever and the 17 year old from Chicago would end the session with a time  that would place him P12 for both races.

Race 1 saw Aron make a slight error at the start which drop him to back of the back before turn 1. With the BRDC F3 cars generating so much aero wash, trailing cars find it very difficult to overtake. The young American struggled to make any headway but as the chequered flag fell the #23 Carlin Motorsport ran car would cross the line a respectable P13.

Race 2 would start early on Sunday morning, and one again Bryce would start from P12. A reasonable start would see Aron hold position for the opening lap. A fairly un eventful race would then follow and the 17 year old would bring the car home in P11 and in one piece.

Race 3 would see the fans favourite, the reverse grid race! Aron would line up P6 for final race of the day. A great start and some hardy battling throughout the 12 lap race would see Aron bring the car home in P4, equalling his season best result from Brands Hatch!