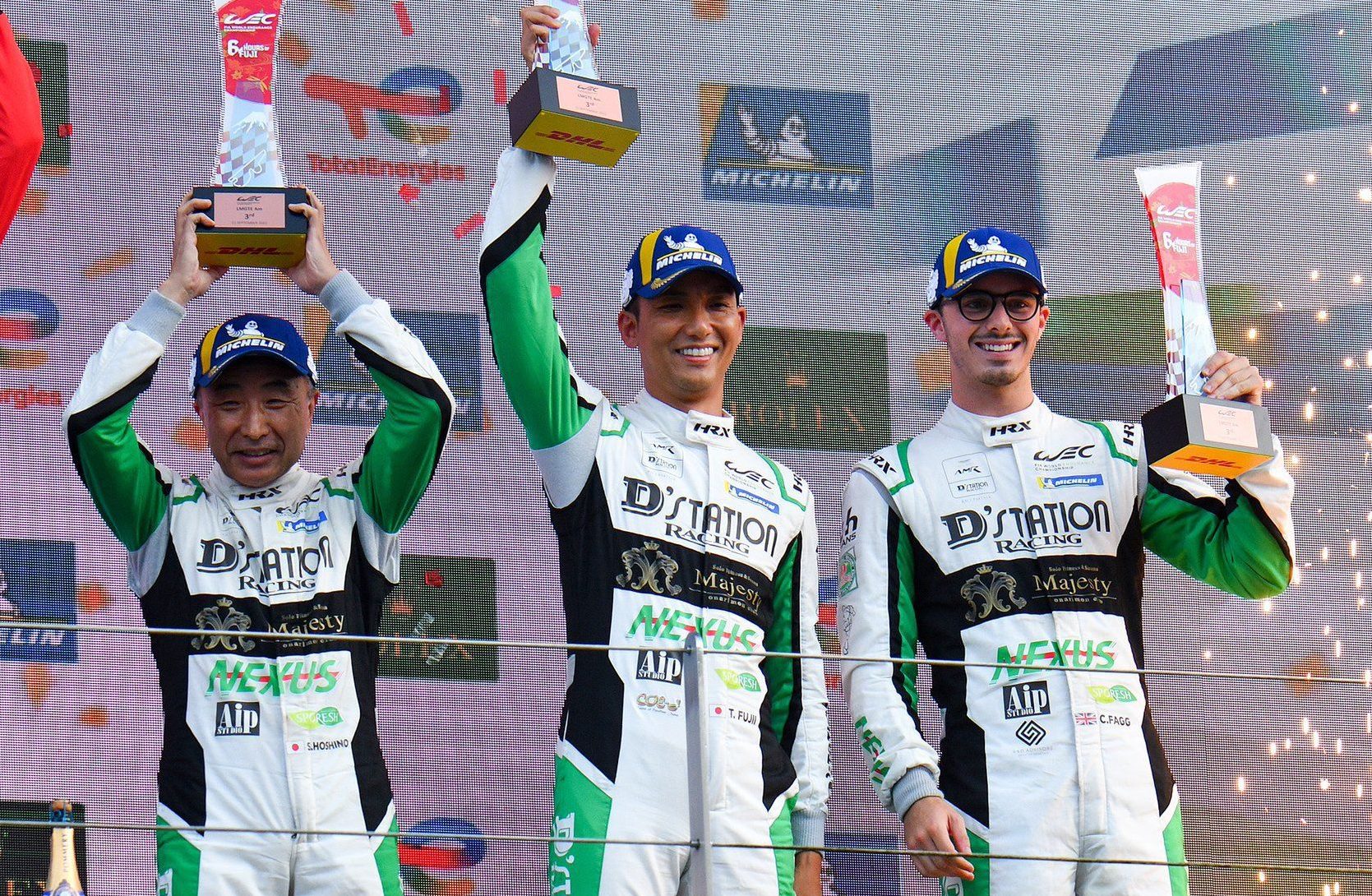 On September 15, 2022, Posted by Eddie Reynolds , In Driver News, With No Comments

EDGE driver Charlie Fagg scored his maiden podium in the World Endurance Championship at Fuji Speedway last weekend in the penultimate round of the series.

Bronze rated driver Satoshi Hoshino proved his pace in qualifying, by initially placing P4, however a post-session penalty put the #777 Vantage to the back of the grid and left the crew with a challenge ahead.

Fagg’s team mate Fujii-san of D’station Racing started the 6 hour race and stormed from the last place of the WEC grid, to the lead of GTE Am in his opening stint and the TF Sport-run Vantage duo headed into the second hour of the race, as 1-2 in class.

Hoshino-san then jumped in and drove an incredibly impressive double stint and the local Bronze driver really held his own around his Pro-graded competitors. 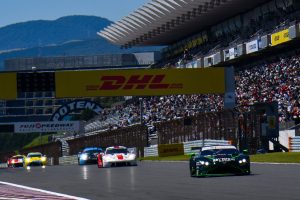 At the halfway stage Fagg would jump in to start his double stint. Having strong pace and no safety car periods or FCY’s, the team decided to keep Fagg in to the end. It was Aston versus Ferrari from P1 to P4 in the closing stages, and whilst Fagg’s team mate Marco Sørensen held a comfortable lead in the sister car, it was Charlie Fagg who drove a tough, and extremely impressive long stint to keep the #54 AF Corse Ferrari at bay with Factory Ferrari master Davide Rigon at the wheel. Immense pressure from Rigon saw the Ferrari slip past Fagg as he came out of the pits, but Fagg was proven to be no push over and soon got the pro back the following lap with a stunning over take. Fagg then got his head down and drove the stint of his life and succeeded in bringing the #777 GTE across the line to score his first WEC podium result.

The 2022 WEC season finale, the 8 Hours of Bahrain, takes place at Bahrain International Circuit on November 12, where TF Sport’s only goal will be to wrap up the Championship title and D’station Racing will be looking to step onto the podium once again.