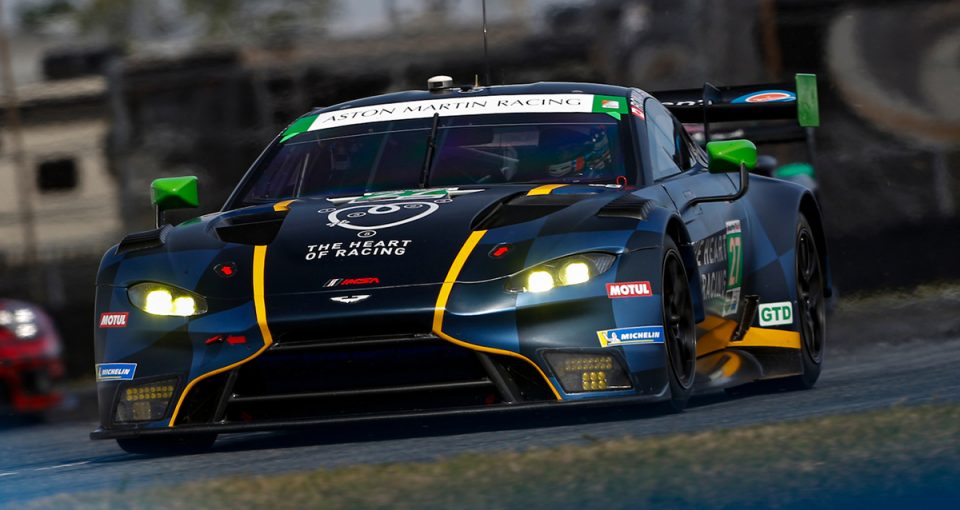 The second round of the IMSA WeatherTech Sports car championship took place over the weekend of 18/19th March 2022. The world famous Sebring circuit being famous for its bumpy, unforgiving surface would see not only the 12 hour IMSA race take place on Saturday 19th, but also would host the opening round of the World Endurance Championship the day before with the slightly shorter, 1000 miles of Sebring.

20 year old Tom Gamble joined fellow Heart of Racing team mates Roman D’Angelis and Ian James for the iconic 12 hour race in the Aston Martin Vantage GTD. James would qualify the car in P13 ahead of the race. 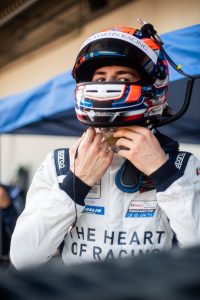 As the flag dropped Ian would take the first double stint, followed by Roman. Midway through Roman’s stint, the #27 had made its way up the field and into the top 10. After 3 hours however the car developed an electrical issue and the team had to make an out of sync pitstop to rectify the issue. An alternator issue was the suspected problem so with the part being changed, some 20 laps were lost in the pits. The Heart of Racing team wheeled the car back out into the race with Gamble behind the wheel. The fight to un lap themselves was now on and Gamble would set some fantastic stint times. Unfortunately the car would develop the same issue and would need top spend further time back in the garage. The team would solve the issue but the #27 was now 65 laps down on the lead car.

As the chequered flag came out, the #27 Aston Martin crossed the line P15. A disappointing result for the car, but Tom Gamble would set the fastest time out of all the Aston Martin drivers across the GTD PRO and GTD drivers.