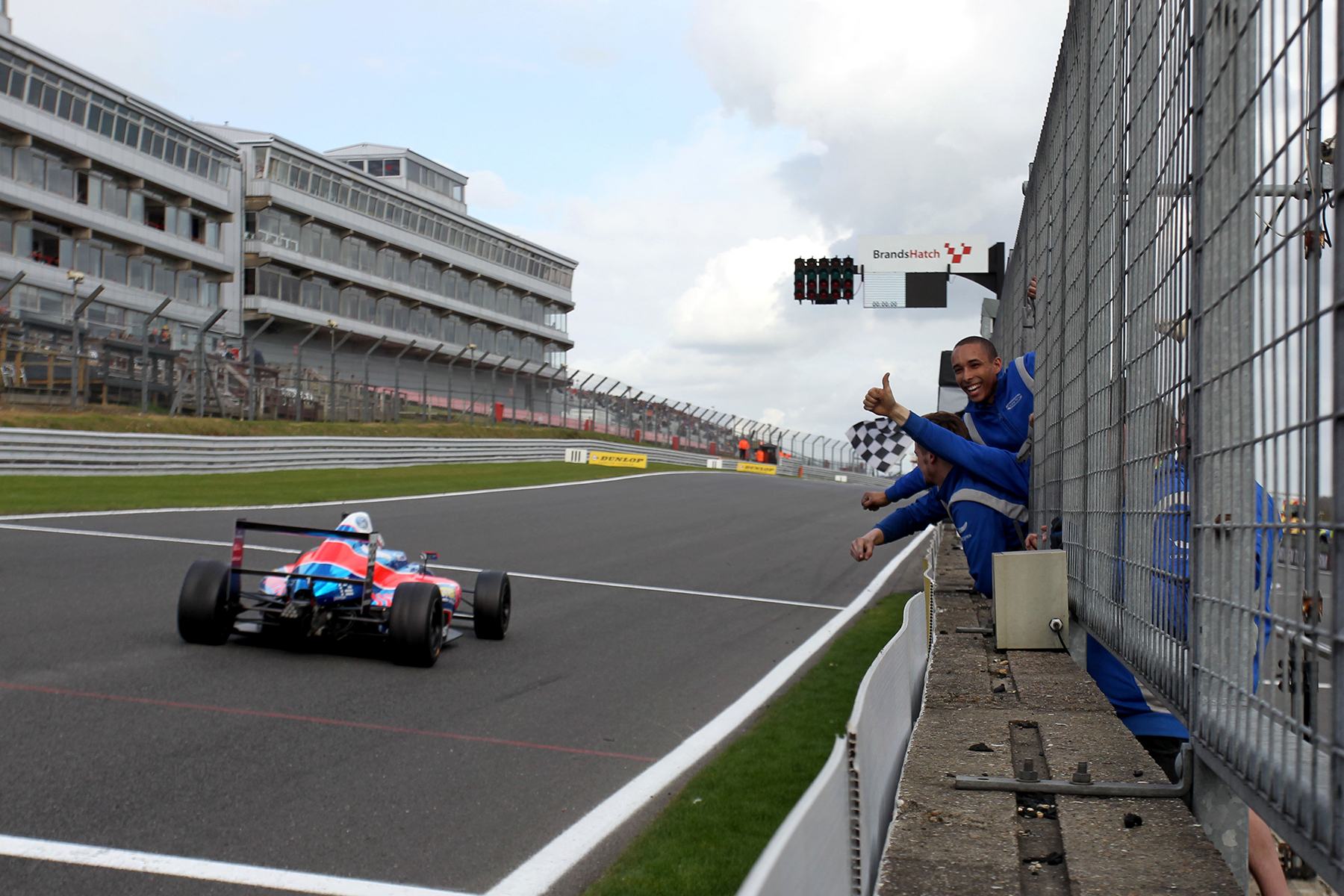 Jamie Caroline made the perfect start to his F4 British Championship certified by FIA – powered by Ford campaign with a double victory in the opening rounds of the year at Brands Hatch.

Jamie was on the pace from the moment he hit the track for Friday testing at the wheel of his Carlin-run car and carried that performance through to Saturday morning’s qualifying session to put his car on pole for the opening race of the season.

Maintaining the lead when the lights went out, Jamie controlled proceedings from the front and would lead the race from start-to-finish, despite a mid-race Safety Car period closing up the field behind. 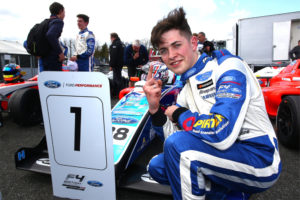 victory was followed by a fifth place finish in race two, with Jamie then back on pole position for the third and final race of the weekend – with the grid having been decided by his second quickest time in qualifying.

As in race one, the teenager controlled proceedings from the head of the field by breaking away at the start as the pack squabbled behind, eventually taking the flag comfortably clear of his nearest challenger.

An impressive haul of 60 points, by far the best weekend score of his career, leaves Jamie 19 points clear in the standings heading to the next meeting at Donington Park on Easter weekend.

“It’s been a great weekend and the ideal way to kick start the season,” he said. “From the moment we were on the pace on Friday, I felt a lot more relaxed as I knew we had a car that was capable of fighting at the front and we showed that in the races.

“Having taken pole, the aim was to build a gap in race one and then control from the front which I think we did well even with the Safety Car. In race two, I think we managed the tyres well to get a strong result and race three was mega again to get a second win.

“It’s the best start I’ve ever had to a season and although there is a long way to go, it’s easy to see why Carlin have won the title for the last two years as they have been fantastic all weekend and gave me a brilliant car.

“I’m already looking forward to building on these results at Donington Park next time out.”