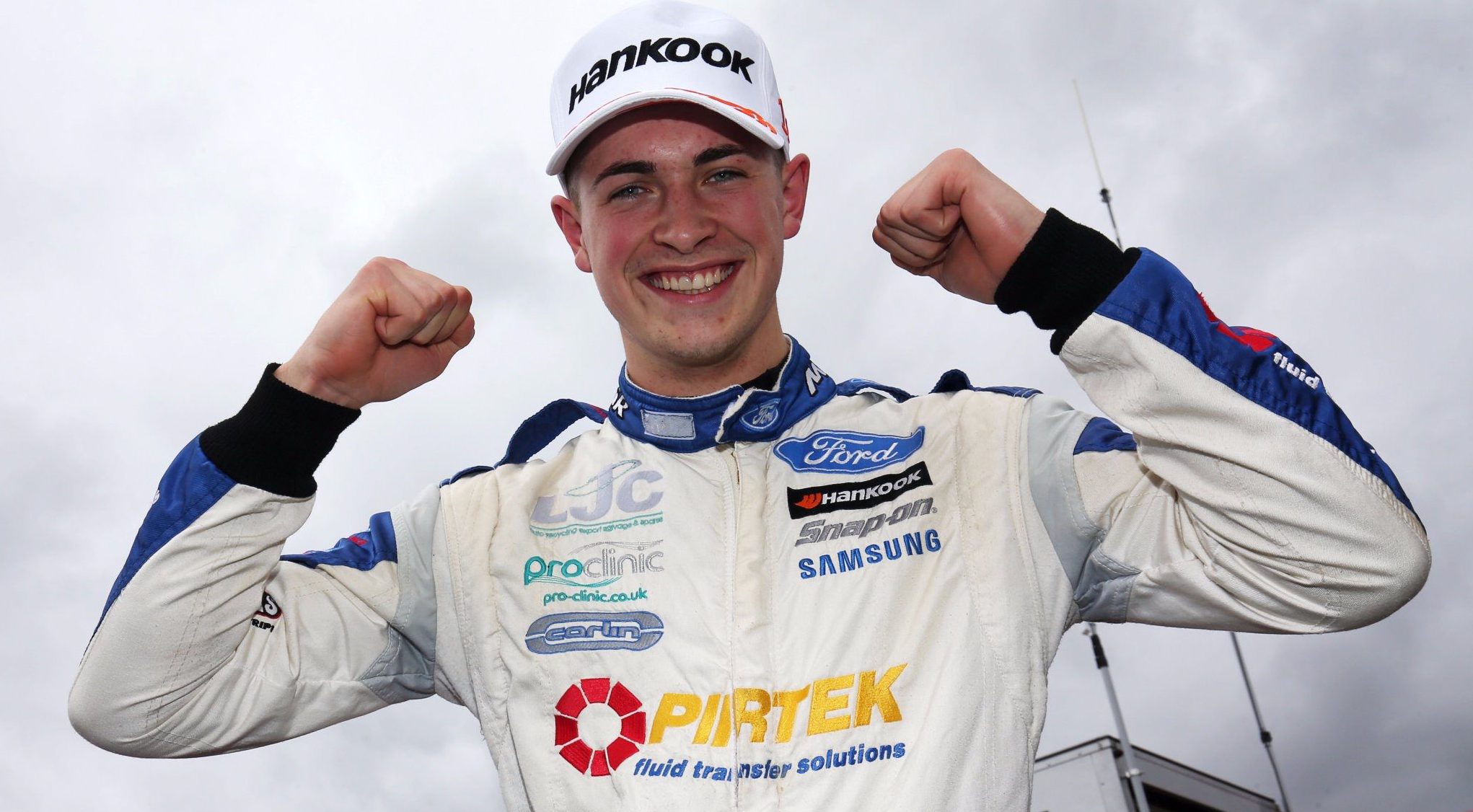 On November 1, 2017, Posted by Eddie Reynolds , In Driver News, With No Comments

BRDC rising star Jamie Caroline brought the curtain down on his record-breaking campaign in the F4 British Championship certified by FIA – powered by Ford EcoBoost with another trip to the podium on the weekend where he successfully wrapped up the 2017 title.

Jamie went into the weekend with a lead of 67.5 points in the title race and as hot favourite to secure the crown, with a maximum of 75 still available. 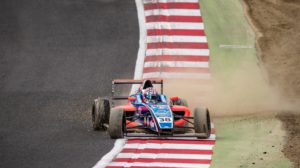 k his place on the grid aware that a solid result would be enough to wrap up the title.

A fine start saw Jamie making up places off the line but a clash with Alex Quinn going in to Paddock Hill Bend saw him drop to the back of the field.Undeterred, Jamie recovered well to fight his way back up towards the points-scoring positions with a number of scintillating laps and an eighth place finish was enough to given him the British F4 crown.

Fresh from celebrating his success with his family, Jamie went into the second race of the weekend starting from eighth on the grid and had climbed into sixth when a three-car accident further down the field led to officials bringing out the red flag.

Sixth on the grid for the restart, Jamie made his move as soon as the lights went out to rocket up to second on the opening lap, and would hold position through to the finish to add to another podium to his already impressive tally
.

A fifth place finish in the final race of the weekend left Jamie with a record-breaking points total of 442 from a season that saw him finish on the podium an astonishing 16 times – including a series-high ten wins.

Jamie also led an impressive 176 laps over the course of the season, 84 more than any of his rivals and more than 37% of the total completed during the year.

“It’s the first season where I haven’t won on the GP circuit, but it’s hard to be too disappointed about it when I’ve wrapped up the title,” he said. “I knew going into the opening race that there was a good chance I could win it and although the race turned out to be more difficult than it could have been after the first lap, I enjoyed battling back through the field.

“Race two was all about the start and having made up places off the line it was good to bring home a podium finish, and then in race three, I just wanted to go out and enjoy myself with the pressure off.

“Overall it’s been a great season and I feel proud of the records that I’ve set to win the title. Now the season is done, I want to celebrate what I’ve achieved and then start work on planning for next season when hopefully I can build on what I’ve achieved this year.”