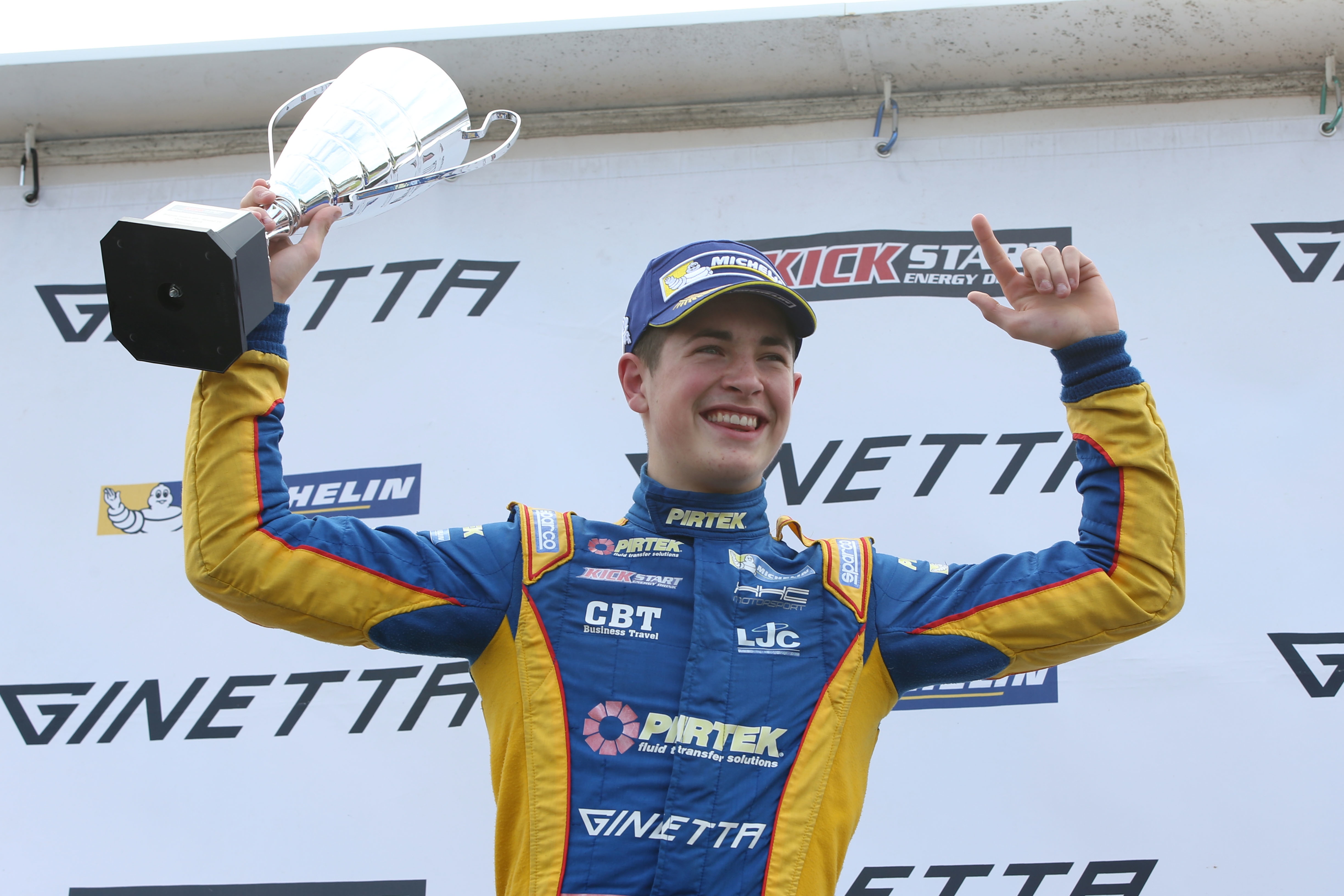 On October 12, 2015, Posted by Eddie Reynolds , In Driver News, With No Comments

16 year old Jamie Caroline has WON the 2015 Ginetta Junior championship after a dramatic end to the season at Brands hatch.

Caroline led by 17 points heading into the weekend, one he extended to 30 points after taking victory in the opening race. A drive through penalty in race two and an early race stoppage caused by an incident on track allowed main rival Senna Proctor to take the provisional title by just one point with a race two victory.

However, the drama was far from over, with a post-race penalty for fourth place finisher Stuart Middleton demoting him behind Caroline in the results, with the additional point meaning the top two ended the season level on points.

With race wins then being used to determine the champion, Caroline secured the title with 10 wins to Proctors four.

Caroline laid the foundations for his title in race one of the weekend (round 19) with a race win, despite having to carry a five place grid penalty into the opening race.

When the lights went out Caroline had an electric start which saw him jump from P7 to P4 in the opening two laps. Caroline then pushed on to make light work of Zelos at paddock hill bend which has to go down as one of THE overtakes of the season, followed by a swift manoeuvre on Billy Monger later that lap, putting Caroline in P2. As the laps wound down Caroline closed in on race leader Proctor, only to then see both drivers run off the circuit! It was Caroline that came out on top and in the lead, whilst Proctor dropped down the order.

The result meant the pair were split by 30 points ahead of the final race of the season, with Caroline on 468 and Proctor, 438.

Race 2 saw Caroline lining up on pole position for the final encounter, Caroline was confident of taking the title. He led from Middleton and Proctor as the cars completed the opening lap, before play was briefly slowed with the deployment of the safety car.

However, the first of the day’s twists came when Caroline, Monger and Zelos were handed a drive through penalty for a false start. Taking their punishment in sync, the trio emerged at the very end of the field, whilst Proctor was promoted into the race lead – crucial for the championship decider.

An incident in the mid-pack for Jonathan Hadfield then called for the race to be red flagged, leaving Caroline with no time to make progress back up the order. This enabled Proctor to snatch the title by just one point.

However, post-race enquiries deemed a fourth competitor, Stuart Middleton to have also misjudged the start. As a result, he was given a false start penalty (a drive through penalty, converted to a minimum of 30 seconds added to his competitors race time as it was issued after the race), demoting him to last in the amended result. 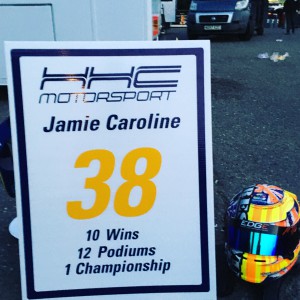 Consequently, Caroline was promoted by one crucial place, handing him the additional point he needed to take the title from Proctor. The penalty is now being appealed by Middleton, and the championship will ultimately be decided in the MSA Court of Appeal.